In the future we will present interesting pictures – megascopic to microscopic – from the world of our impact research in roughly monthly intervals. A small accompanying text explains the presentation and, where appropriate, links to further pages are given. New image (20.6. 2020):

Ballen structures in silica form a characteristic texture in quartz that in general is considered a result from various stages of phase transformation and recrystallization of amorphous silica like e.g., diaplectic glass and hence are regarded as shock indicator. A different model has recently been suggested that proposes a formation of ballen in quartz in an extreme thermal shock event. 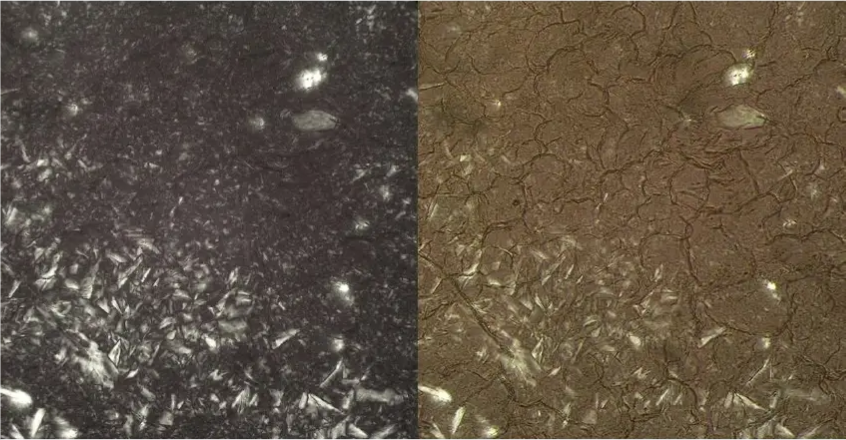 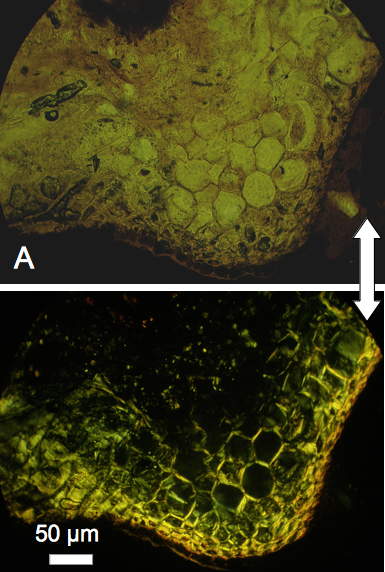 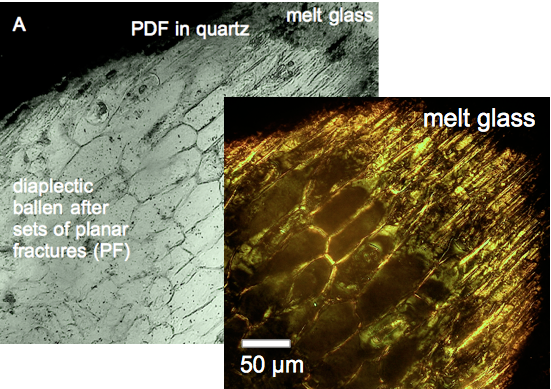 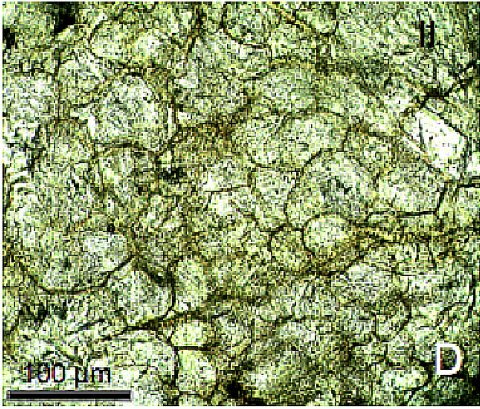 Using shock effects in quartz as an impact indicator has a long tradition. They are created in the first phase of impact cratering (contact and compression phase) and produce well known PDFs, PFs and diaplectic glasses in various minerals. The fact that thermal shock has so far been virtually ignored in impact research is due to the fact that the effects mentioned above precede thermal shock during pressure release. However, if extreme shock pressures lead to melting and vaporization of the rocks (> roughly 50 GPa), violent thermal shock can occur when slightly or not at all shocked material is immersed in melt and/or vapor. In anticipation of a publication, some photomicrographs of isolated quartz grains from meteorite impact sites are shown here, which have obviously experienced such a short thermal shock and reveal quite unusual micro-fracturing patterns. 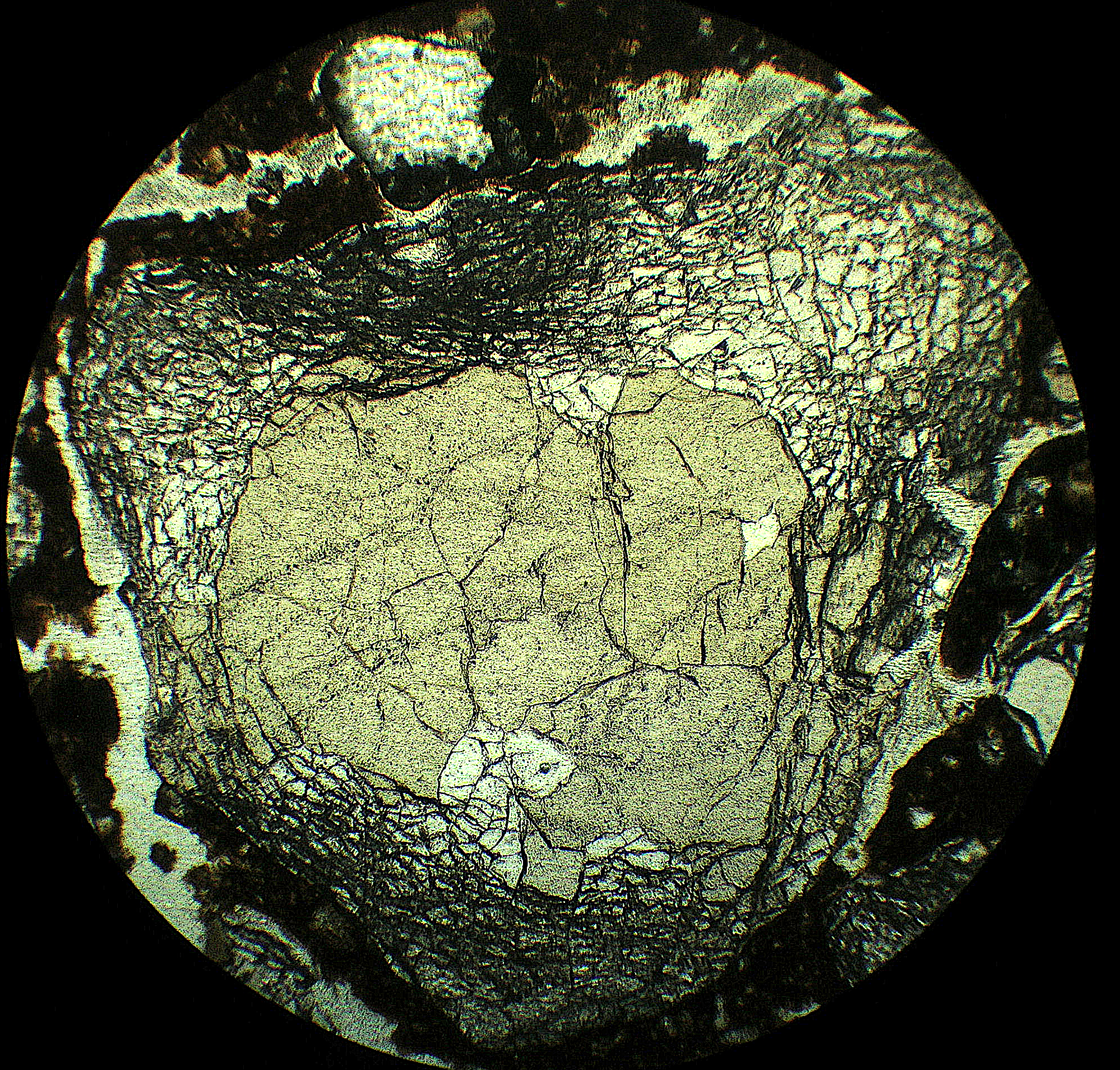 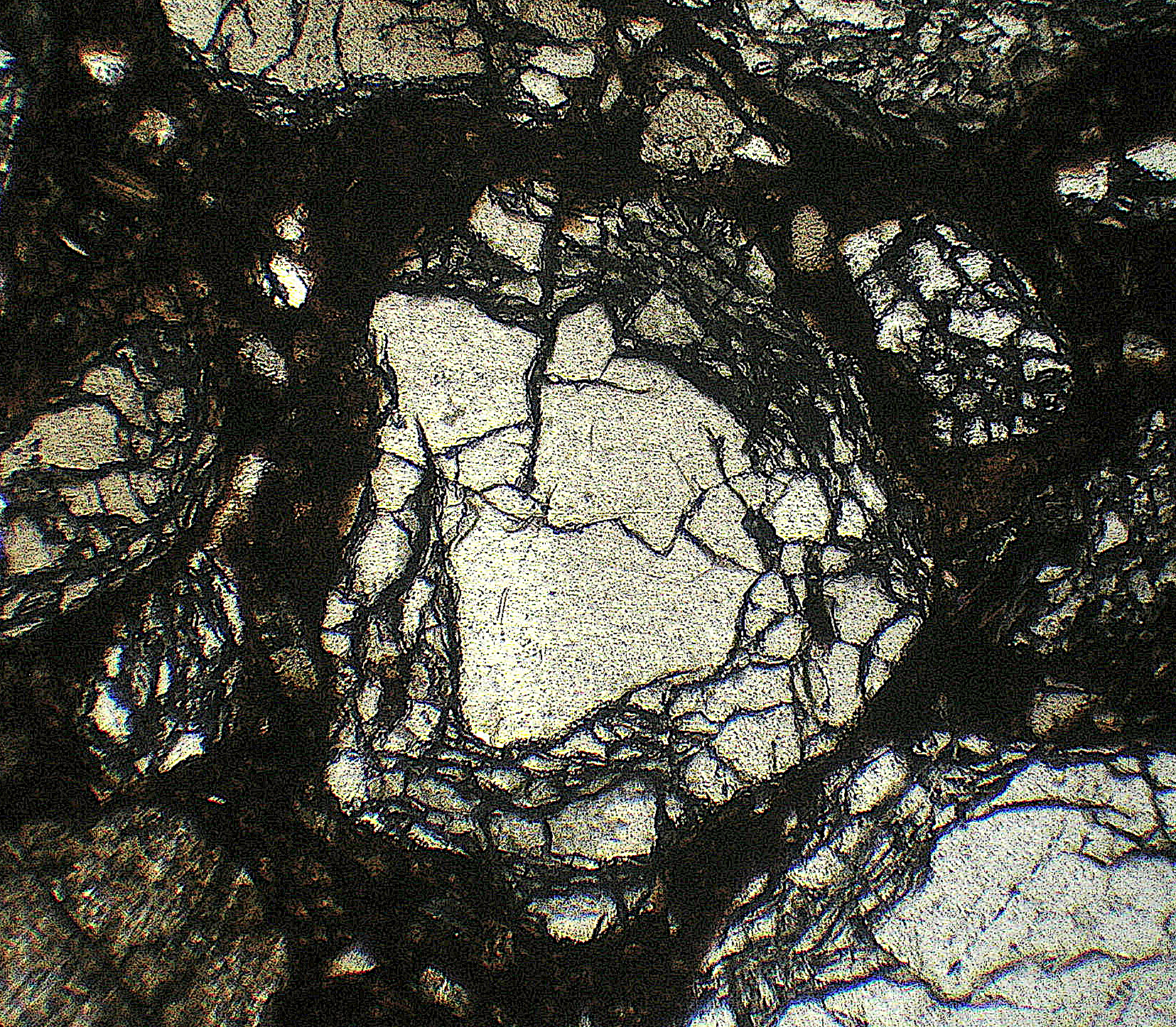 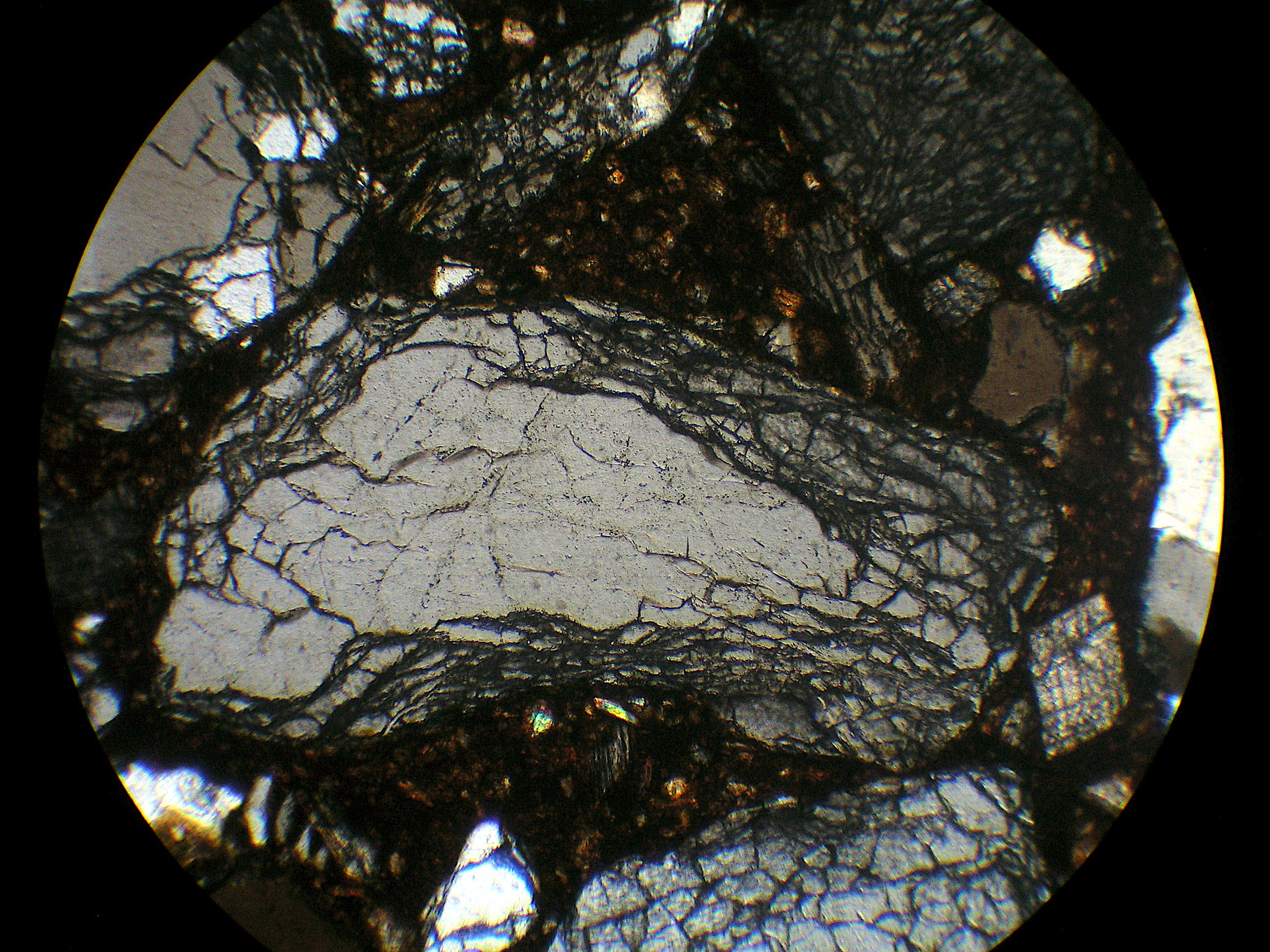 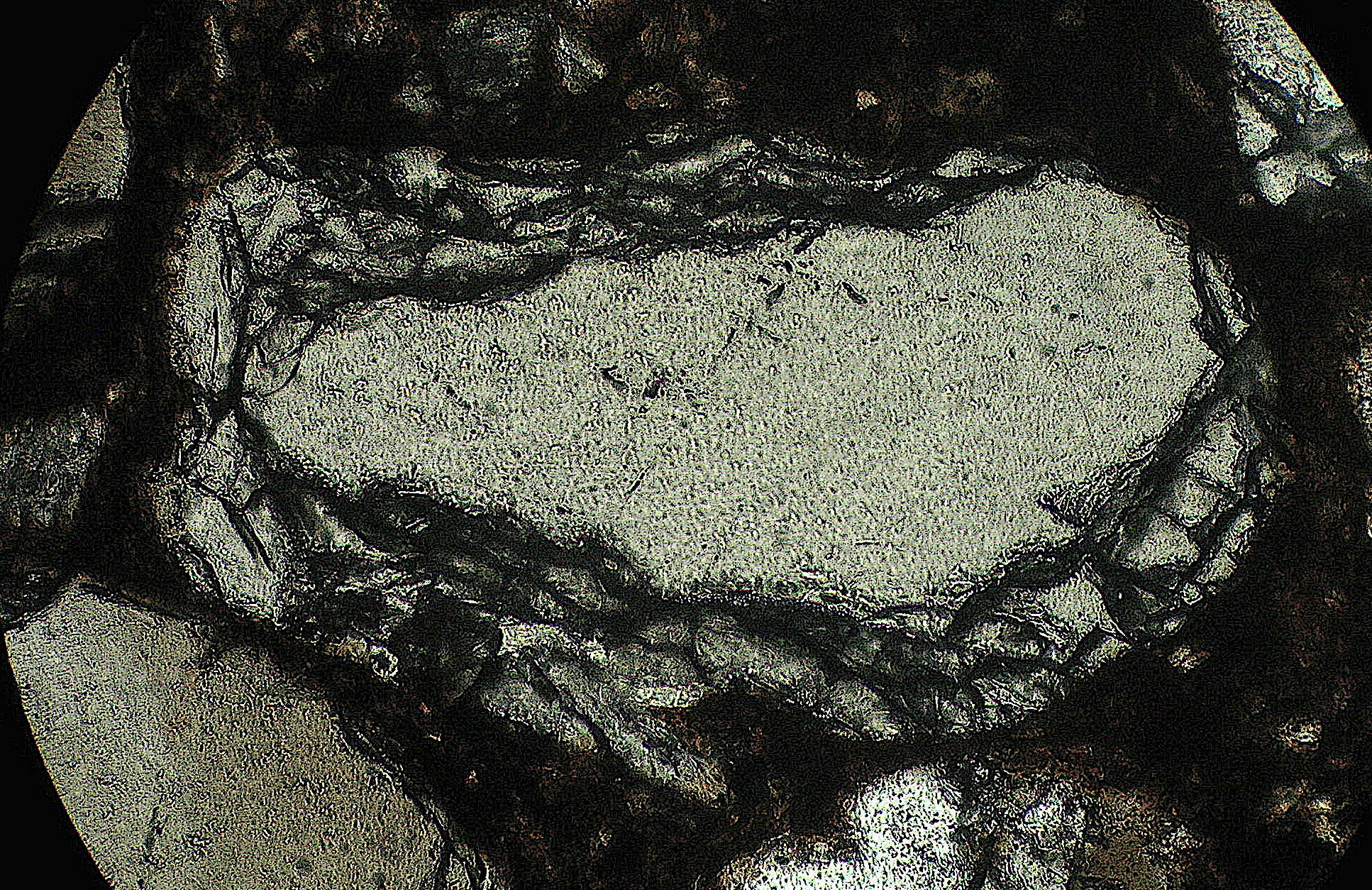 Photomicrographs (crossed polarizers): Isolated quartz grains (size about 1 mm) “floating” in a fine grained matrix. In many of the grains this micro-fracturing is more or less sharply limited to a concentric rim zone encasing a largely untouched core with a few sub-planar fractures in some cases. Chrudim impact, Czech Republic. 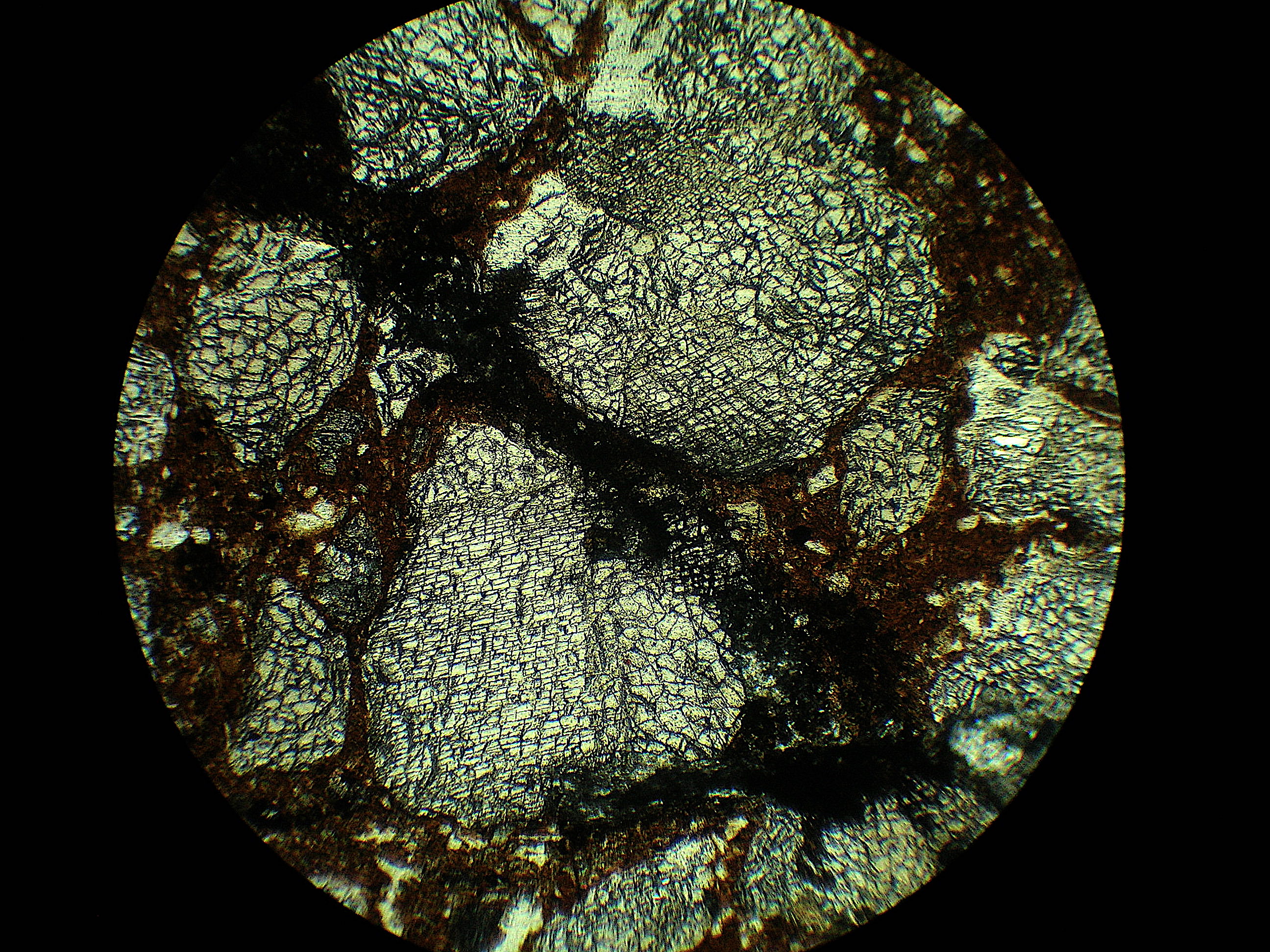 Quartz grains from the same impact site showing irregular micro-fracturing that merges into sets of planar fractures (PF) after the rhombohedron. 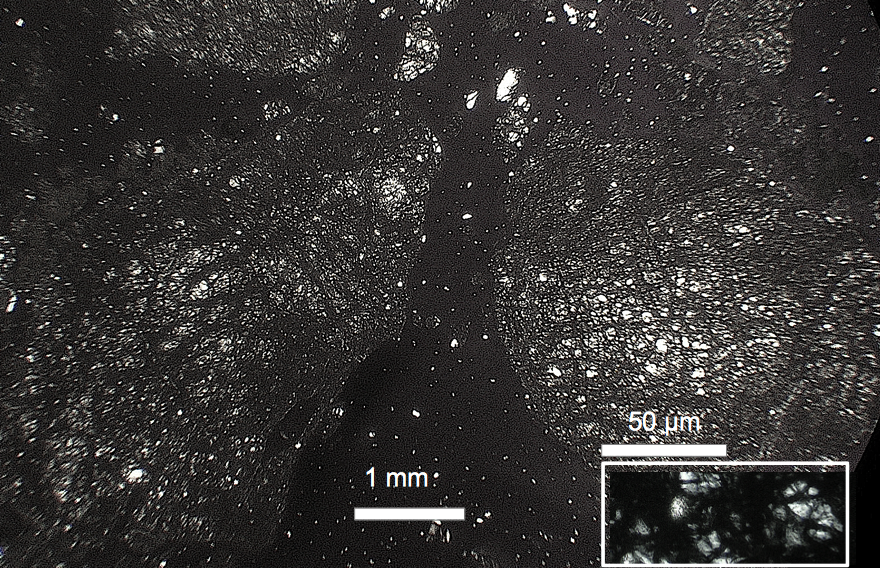 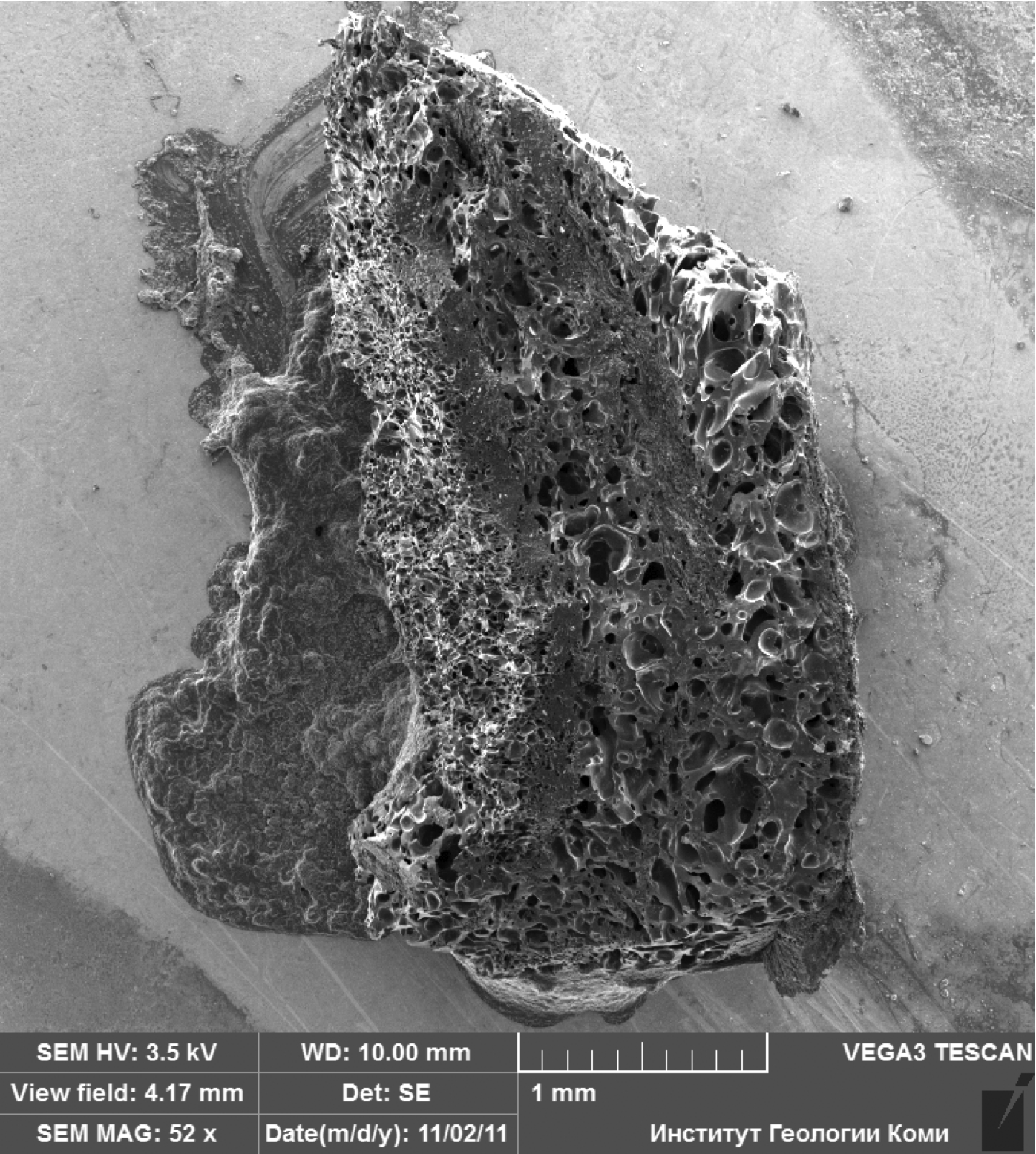 Approx. 95% carbon; detection of diamond and carbyne; formation conditions for the latter 2500 – 4000°C and some GPa pressure.

Very “smart” people are still of the opinion that it is coke. Take a look at that too: file: EGU 2019 chiemite poster.pdf – Wikipedia 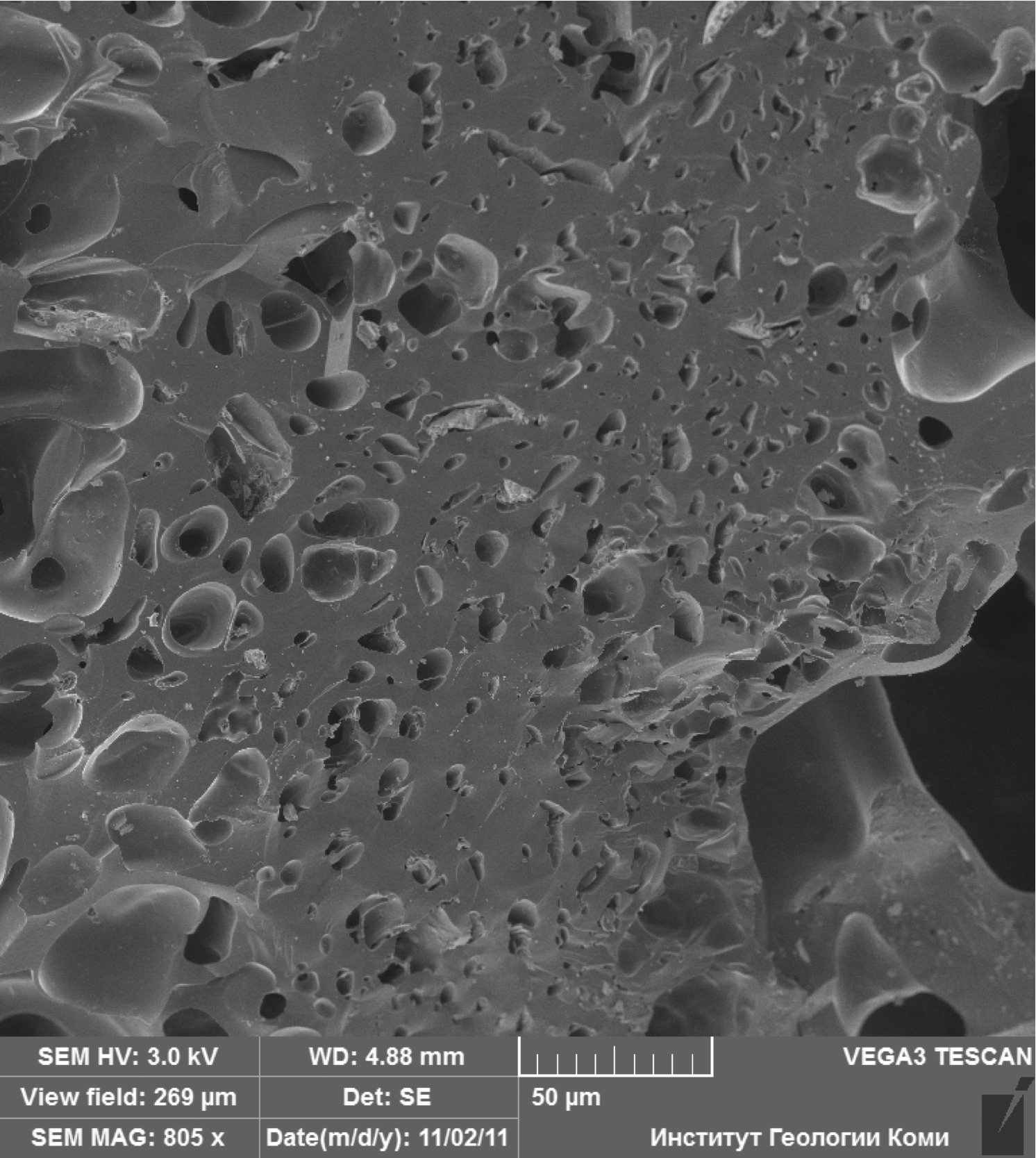 SEM detail view of the chiemite.

An extensive article on the chiemite has recently been published in print: 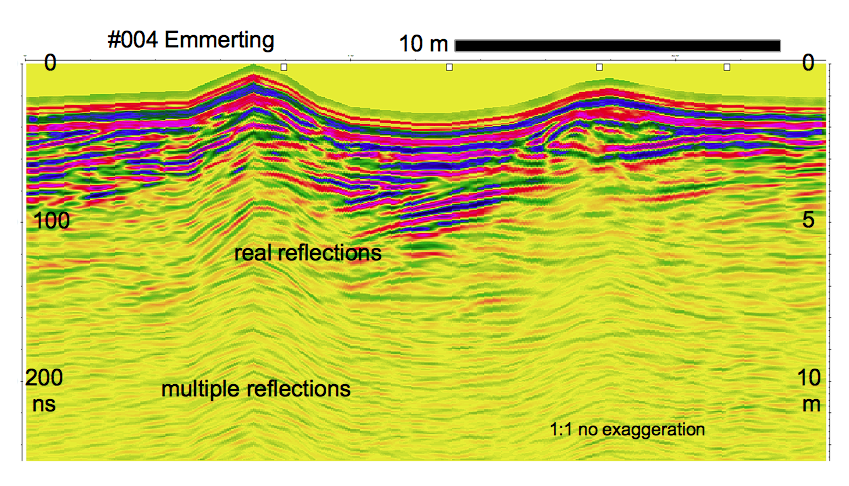 Diametral radargram across one of the most spectacular craters in the Chiemgau meteorite impact strewn field. Loamy-gravelly target material. Impact melt rocks, strong shock metamorphism. Strong reflectivities down to several meters depth are explained by extreme high-temperature sintering of the underground material. Note the complex excavation with the ring wall wandering outwards (as indicated with “real reflections”). 25 MHz center frequency with modulated 200 MHz. 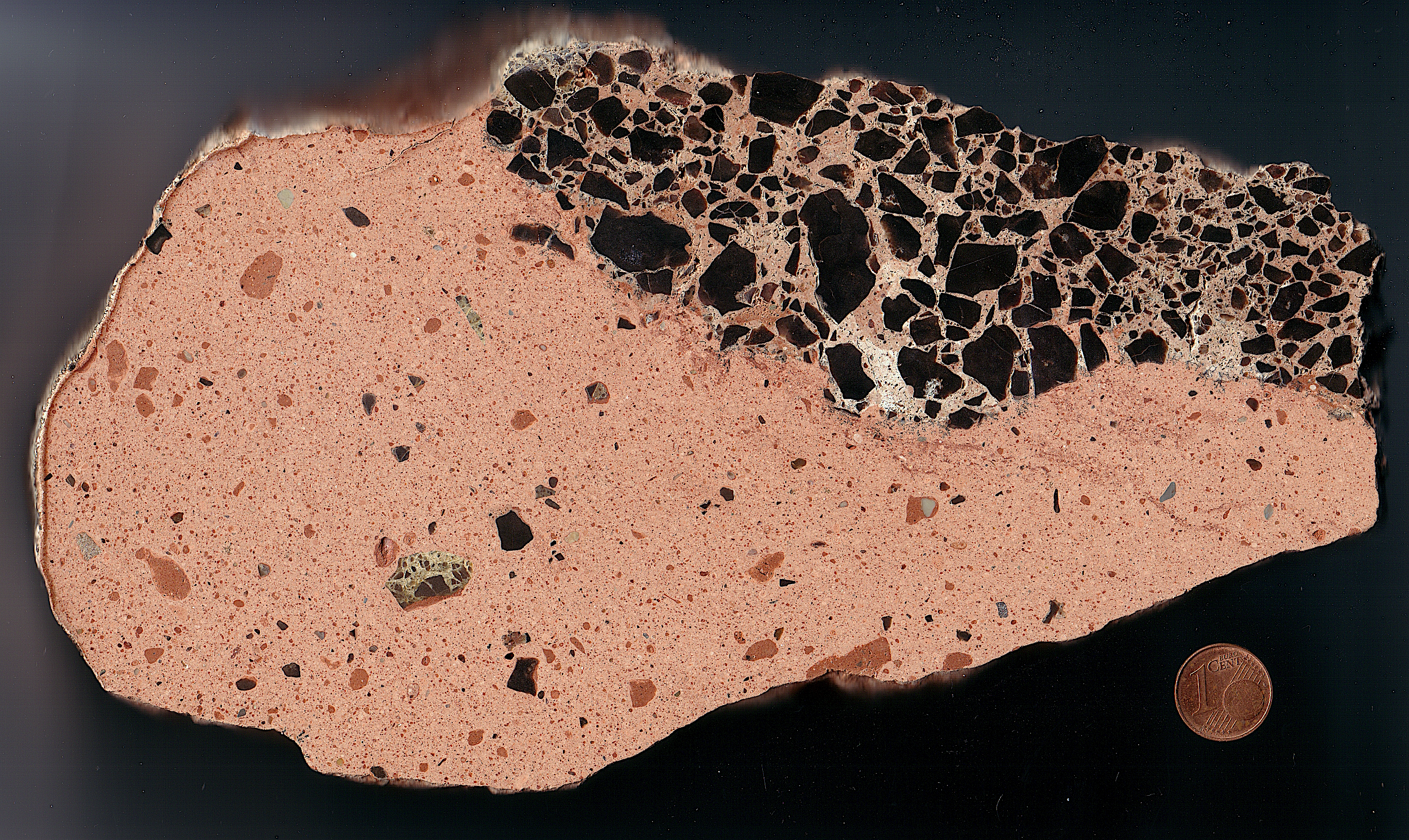 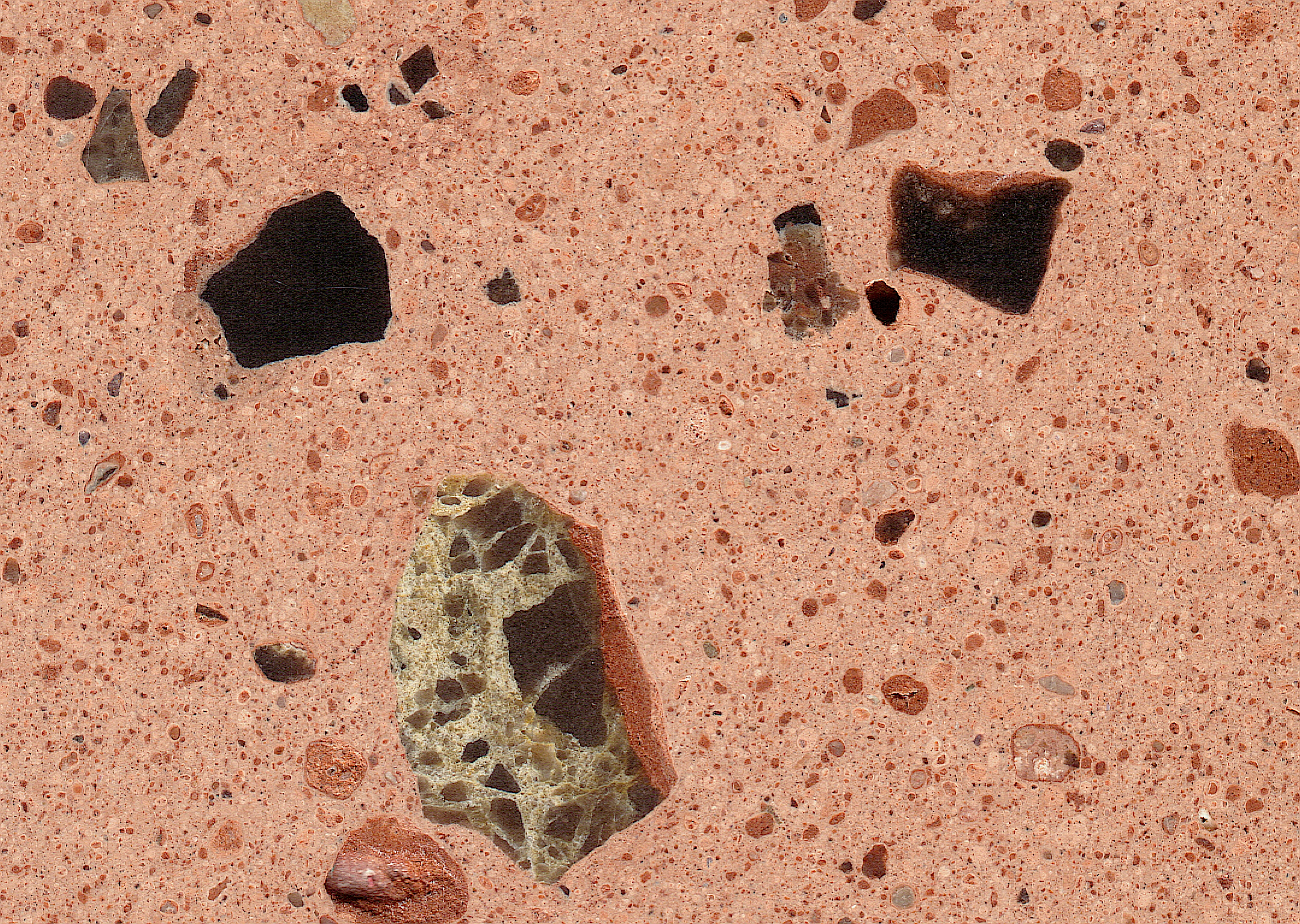 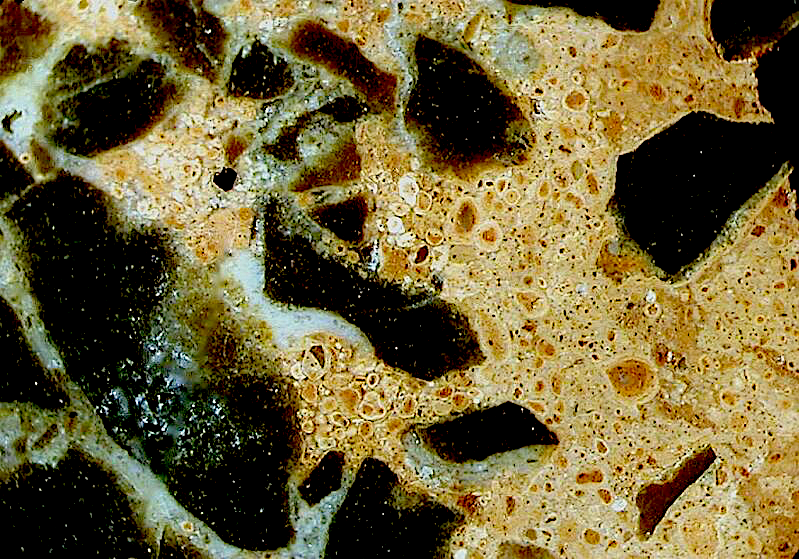 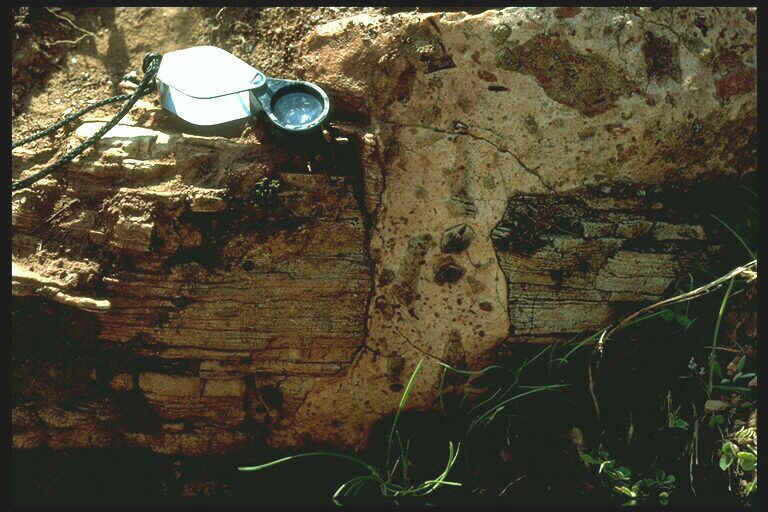 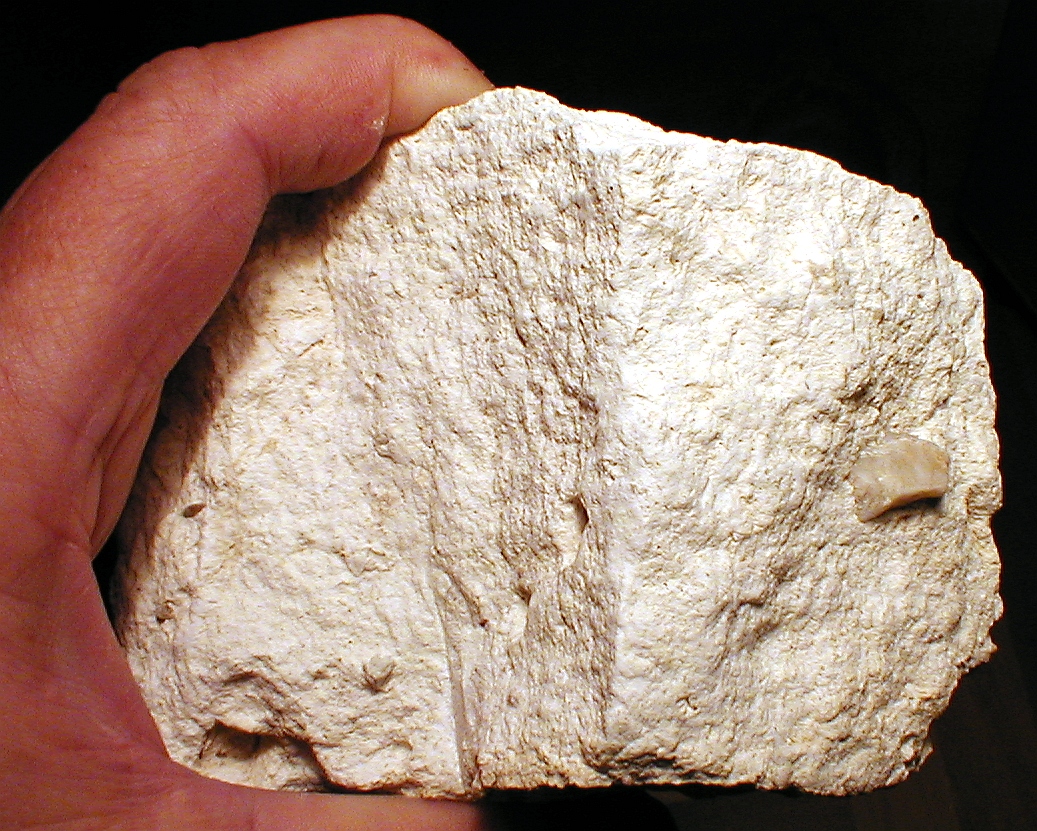 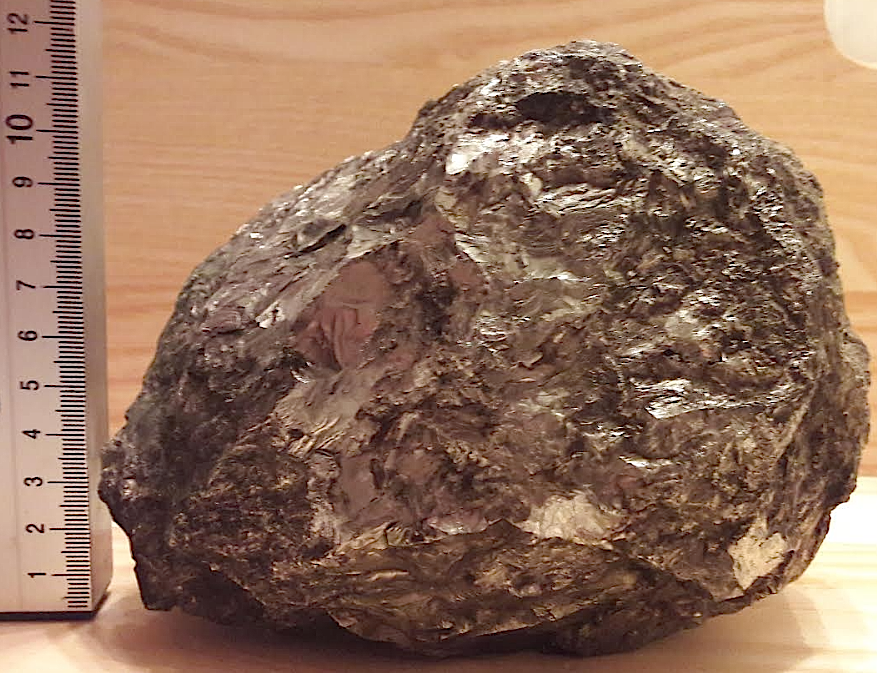 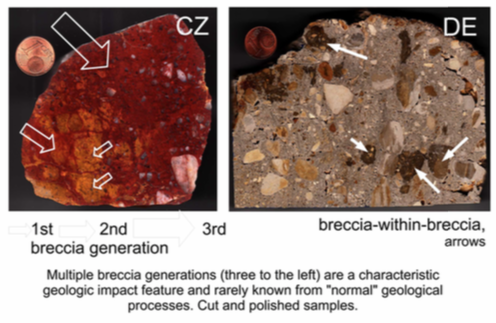 Alemonite (DE) and sunstone (CZ) samples from the field

Shock effects in alemonites and sunstones 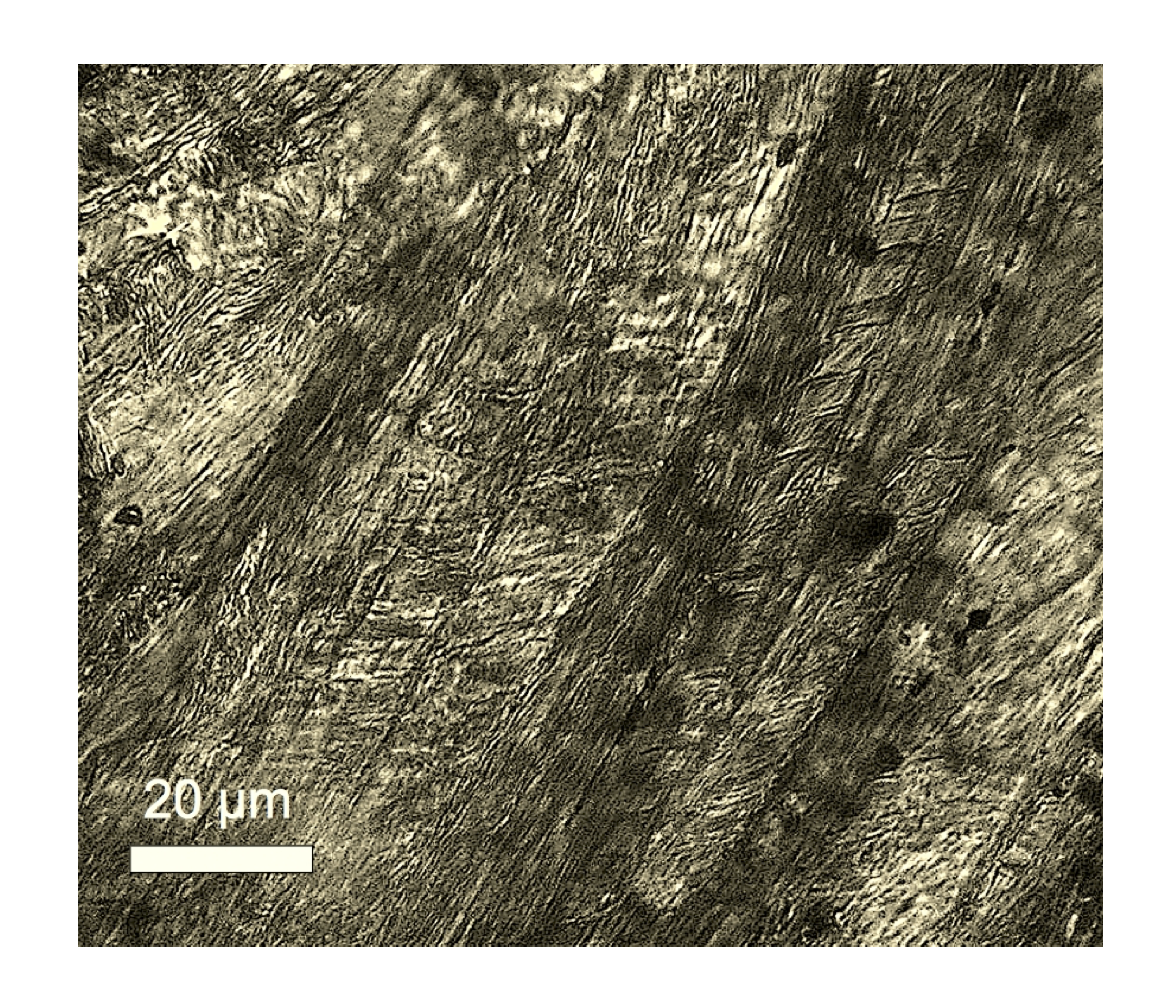 Shock effect in calcite. Multiple sets of closely spaced planar features (micro twins). The width of the twins is of the order of only one micrometer. Thin section micrograph, crossed polarizers. From a polymictic breccia, rim region of the Rubielos de la Cérida impact basin crater chain.