Because of thick post-impact sediments in the inner part of the Azuara structure, the find of shatter cones is restricted to the sediments of the rim zone. In this zone, the shock wave was already weakened to the lower pressure limit of shatter-cone formation. Consequently, it is not surprising that shatter cones are rarely found and that the fracture cones often display only diffuse horsetail structures. 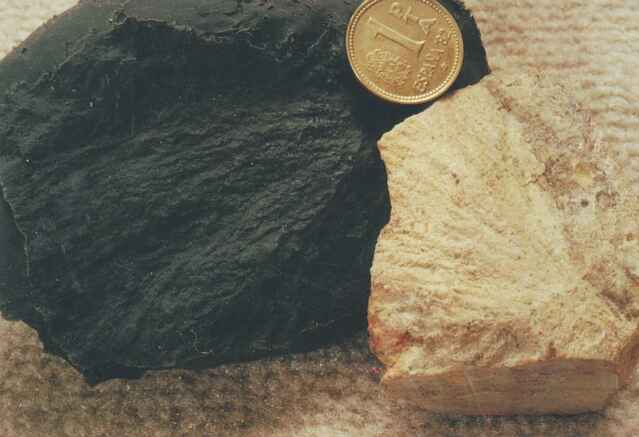 Fig. 1. Shatter cones from the Azuara impact structure (Spain); Jurassic limestone. The black specimen is a silicon cast of a shatter cone negative. 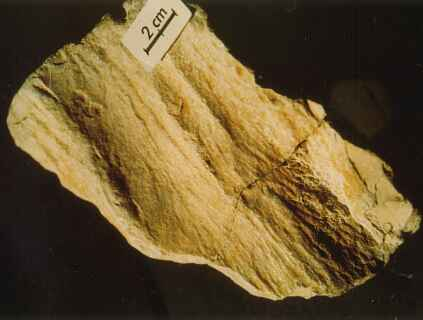 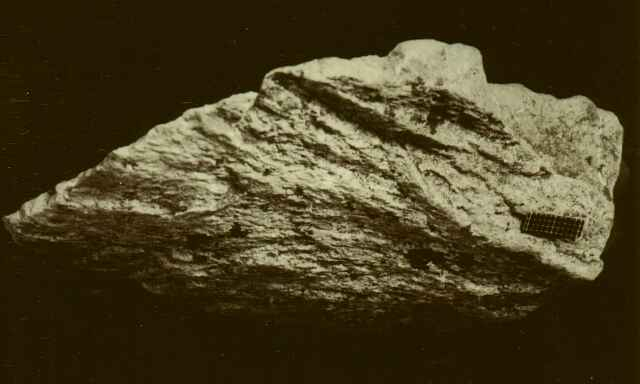 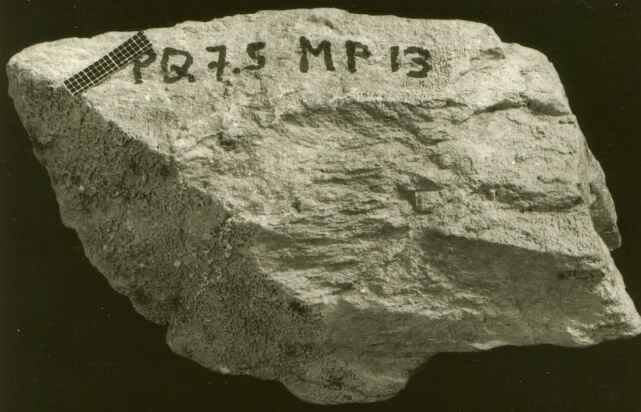 Fig. 4. Rear side of the sample in Fig. 3 displaying more shatter cone fracturing. 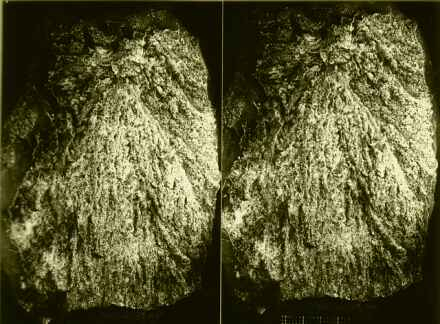 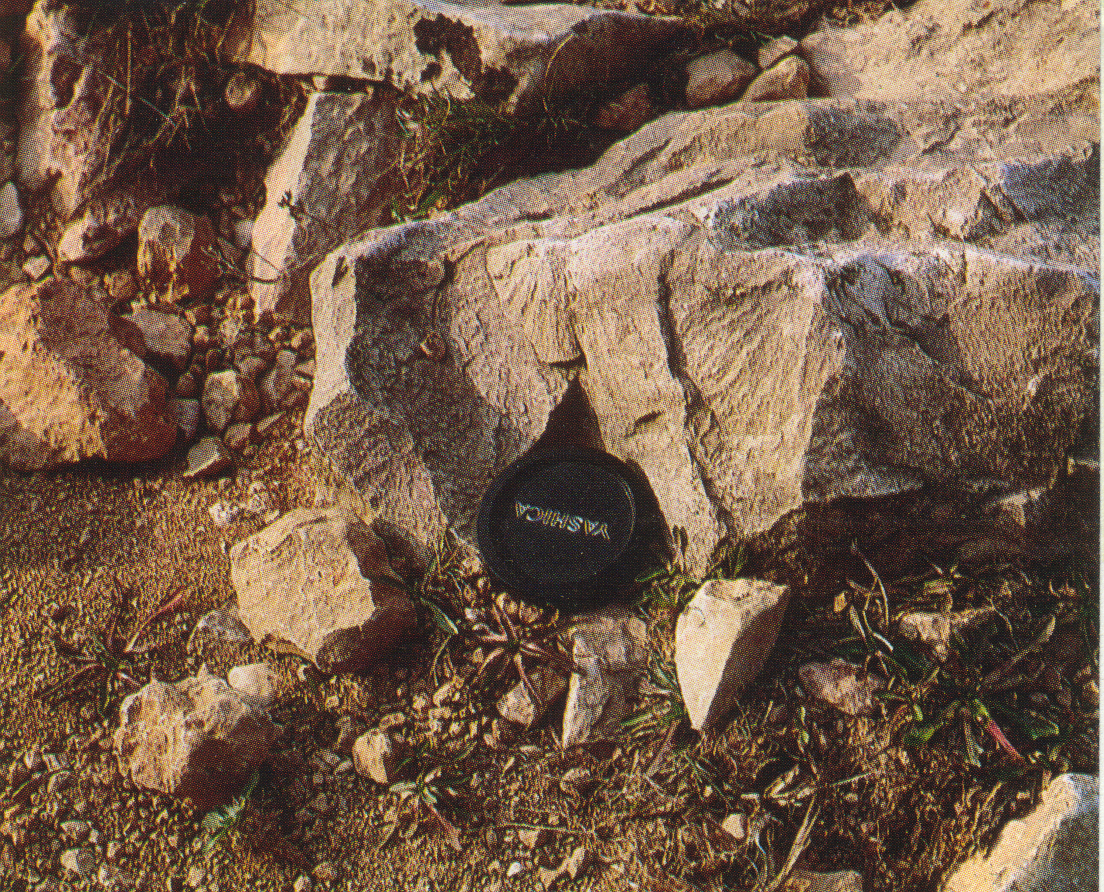 Although in the Rubielos de la Cérida impact basin competent rocks are widespread and especially exposed in the central-uplift chain, only very few shatter cones have been found so far. This is believed to be mainly due to limited outcrop conditions (freshly exposed rocks are rare) and to the lack of a detailed mapping.

Fig. 9. Shatter cones in Cambrian siltstones; near Olalla at the northern basin rim. Note the conical fracture surface and the typical horse-tail fracture markings. The joint surface in the base displays faint plumose fracture markings not to be confused with shatter cones. Sample from collection P. Bockstaller. 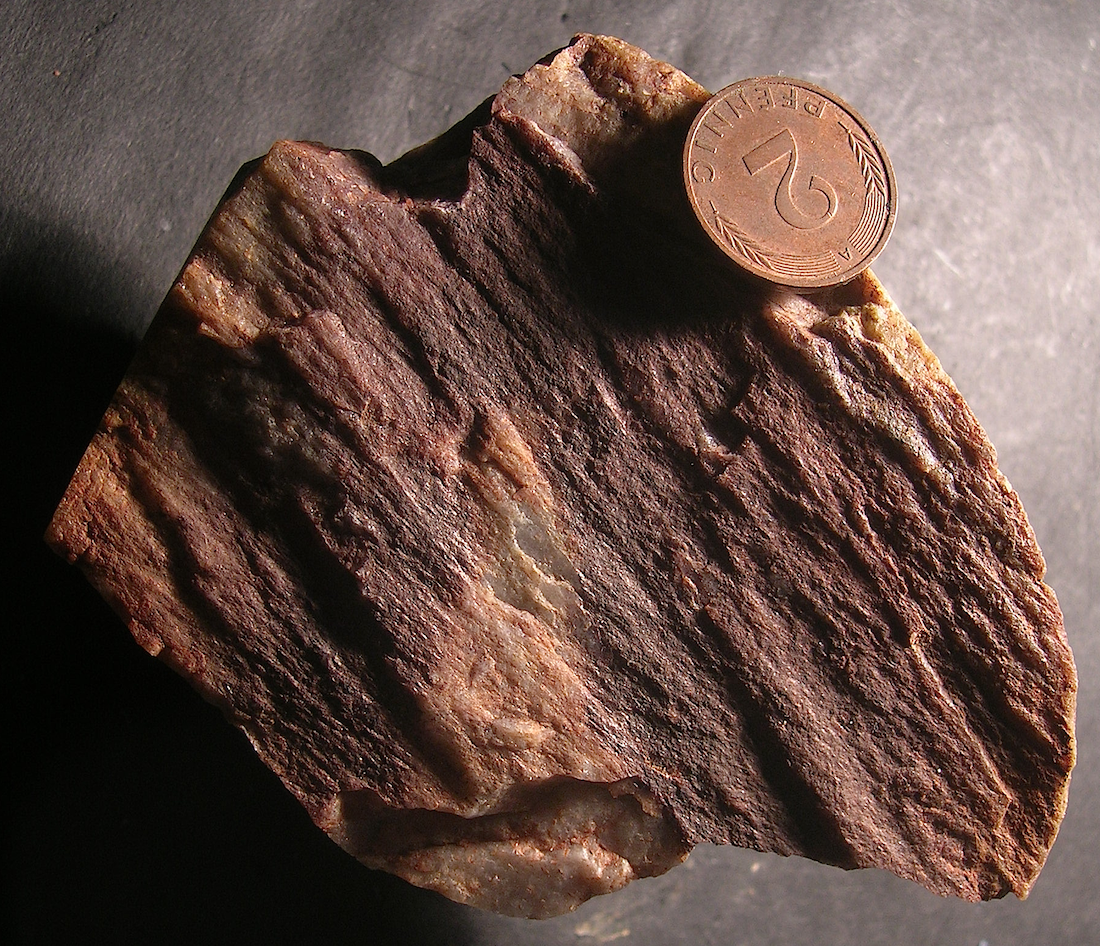