Commonly, a 3.7 km-diameter of the Steinheim impact structure is stated. A gravity survey and a detailed morphological analysis, however, suggest a much larger size. A diameter of 6 – 7 km may be reasonable as shown in a paper by K. Ernstson (1984: A gravity-derived model for the Steinheim impact structure. International J. Earth Sci., 73/2, 483-498).

However, even in recent papers on modeling the Steinheim impact process

a small 3.8 km diameter for the Steinheim structure is used making the results of these cratering models rather suspect.

In the Stöffler et al. article the gravity paper is not cited at all, although the study of Ernstson (1981) implies mass and energy estimates as well as comparisons with the Ries impact crater. It should be noted that after all Dieter Stöffler (from Berlin) is considered an established mineralogist who did some work on the Ries and Steinheim Basin impact structures. The simple concealment of an article on a closely related topic can be stated poor scientific style only.

In the Ivanov and Stöffler article the Ernstson gravity article is mentioned with the following single sentence only:

“Limited gravity survey [9] reveals the boundary of Malmian limestones and Dogger sandsones and puts some restrictions to the position of the annular trough around the central mound.”

On asking B.A. Ivanov why in the Ivanov & Stöffler paper he refers to the Ernstson gravity article in such a crassly falsifying manner (“limited gravity survey”: In fact the measurements and their processing and interpretation comprised 500 (!) gravity stations) and why especially he suppresses the completely new model of the much larger crater, he finally confessed that he never read the article because the journal (not exactly unknown internationally) was not available in Russia! This does not only cast poor light on Ivanov’s comprehension of science but especially reflects discredit on the comprehension of science of the coauthor Dieter Stöffler (Berlin), who obviously does not reside in the “dark and remote” Russia without literature access.

The most significant figures of the Ernstson paper are shown below. 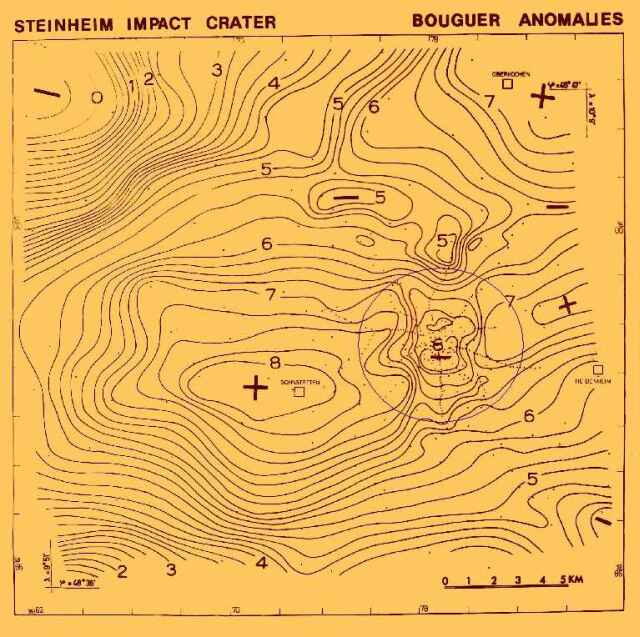 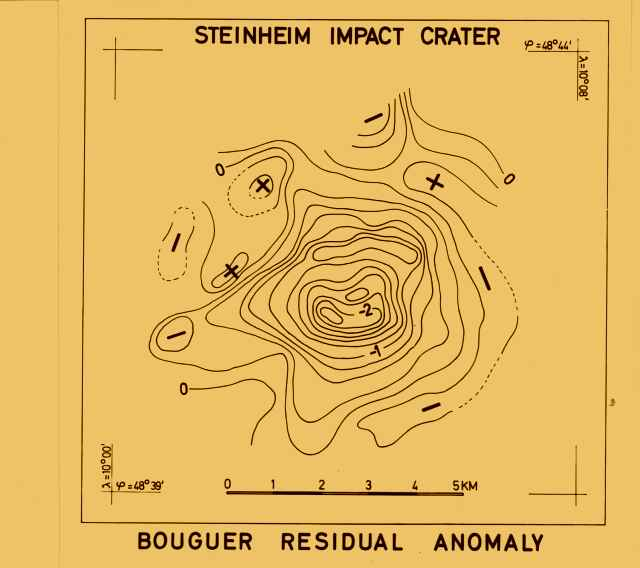 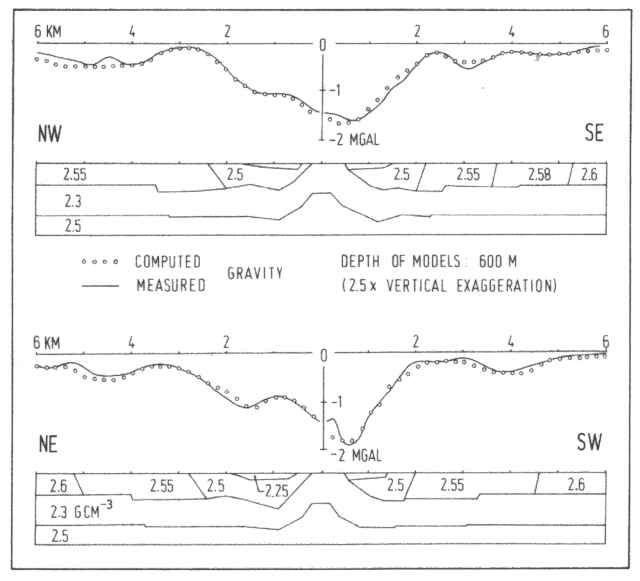 Model calculations. Densities for the model bodies are in g/cm. 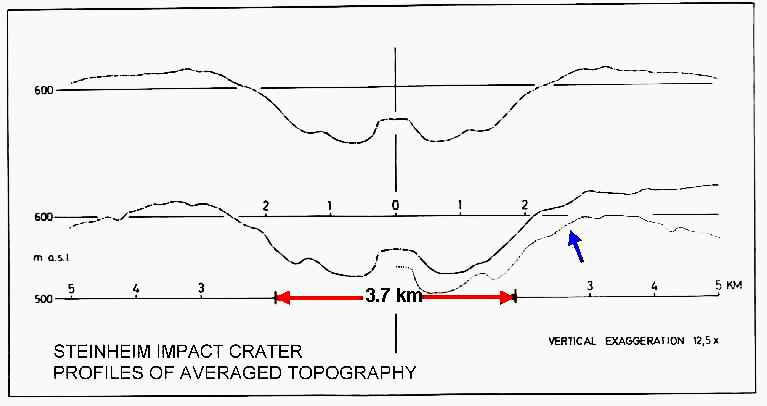 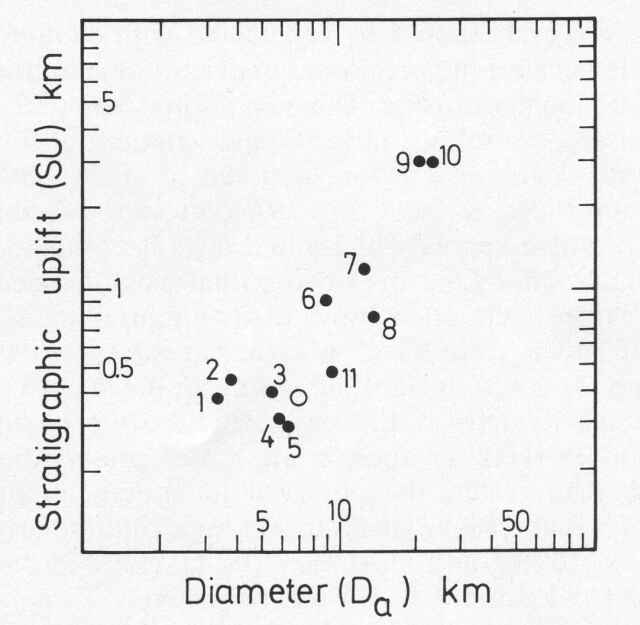