Fig. 1. Amazingly similar: Regmaglypts on the surface of the Tabor meteorite and on a limestone clast from the Puerto Mínguez impact ejecta.

Among the various deformation features exhibited by the carbonate clasts in the Puerto Mínguez ejecta deposit (striae, nail prints, grooves, rotated fractures, irregular fractures with complex bifurcations, mirror polish, etc), regmaglypted clast surfaces are a prominent feature (Fig. 1). For the first time described by K. Ernstson (2004), they establish clear evidences of an aerial transport of quite a few clasts of the ejecta. 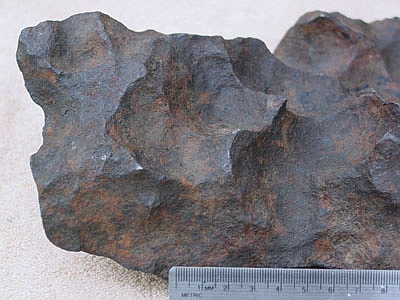 Regmaglypts (or thumbprints) are reliefs commonly reported for the surface of some meteorites (Figs. 1, 2). The depressions originate from dynamic air pressure [continue …] and from selective erosion by material melting (ablation) off the surface of the meteorite on its passage through the atmosphere. The relief may show polygonal, spherical, rounded or elliptical shape, and a pattern like fingers over wet clay is frequent.

We suggest the ablation features observed in the ejecta have originated from a similar process that is carbonate melting and ablation off the surface on the passage of the ejecta clasts through the heated impact explosion cloud.

Of course, the depressions on the Puerto Mínguez clasts in a way remind of lapiés (karren) features on surfaces of exposed limestones. Lapiés consist of shallow, straight grooves or runnels incised into the limestone by solution. Because of the striae and polish regularly coating the regmaglypted surfaces, and because the regmaglyptic clasts are embedded as individuals in the ejecta matrix (Fig. 3), an in situ formation as lapiés can clearly be excluded. 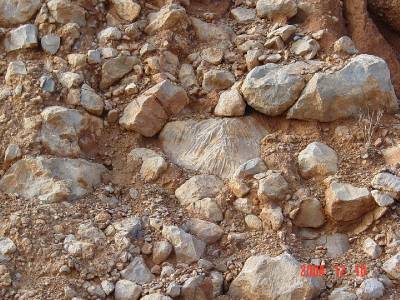 Fig. 3. The regmaglypted individual embedded in the Puerto Mínguez impact ejecta is incompatible with an in situ dissolution (“lapiés” formation).

Alternatively, the “lapiés” depressions existed already before the impact and survived rock fracturing, excavation, and emplacement of the ejecta. This can be excluded because many clasts are regmaglypted all around (Fig. 4), and the frequently observed sharp-edged ridges of the regmaglypts (Fig. 4) would not have survived the excavation and ejection process.

Fig. 4. Front and rear of a regmaglypted limestone clast from the Puerto Mínguez ejecta. The regmaglypts all around and the sharp ridges exclude a “lapiés” formation before excavation and ejection.

In a few cases, the ablation by obvious carbonate melting of the clasts has eaten deeply into the clast (Fig. 5) reminding of similar distinct ablation features of some meteorites (Fig. 6). 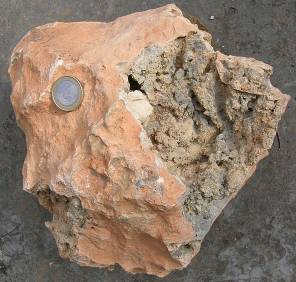 Fig. 5. A regmaglypted limestone clast from the Puerto Mínguez ejecta exhibits prominent ablation reaching deeply inside into the limestone clast. For comparison see the meteoritic ablation features in Fig. 6. 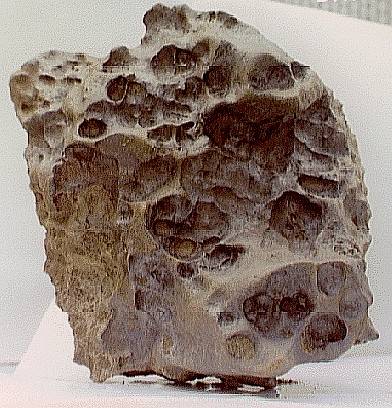 An extended article on the Puerto Mínguez regmaglypted ejecta including many images can be read here.

Impact-affected limestone clasts with regmaglypts have been reported also from the Chiemgau impact. An article may be clicked.