Shatter cones are conical fractures with typical markings produced by shock waves, and they belong to the regular macroscopic shock inventory in rocks of impact structures (Fig. 1). 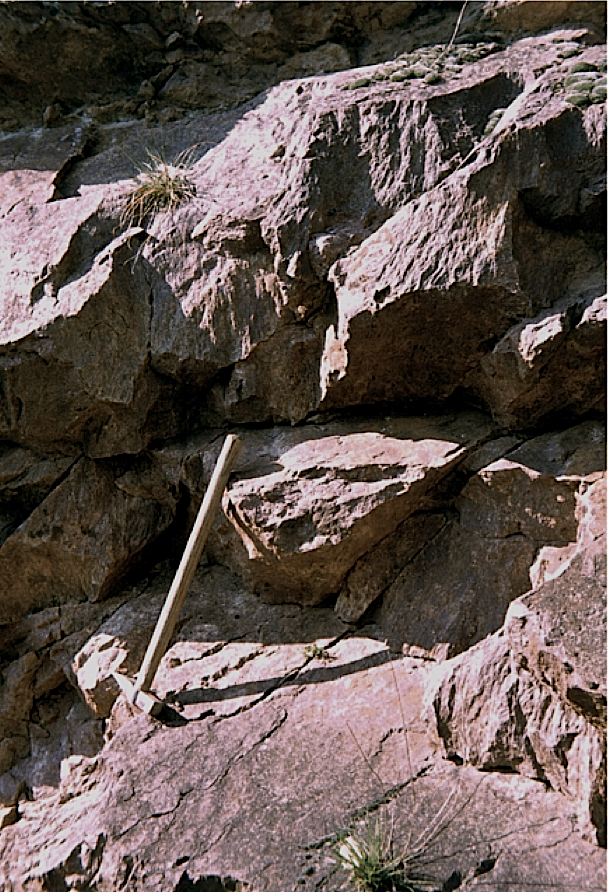 They have been observed in rocks shocked in explosions of nuclear tests and have experimentally been produced in the laboratory. The required shock pressure is estimated between roughly 20 and 200 kbar (2 and 20 GPa). In general, the apex of the cones points to the shock source, but irregular orientations (Fig. 2) and even counter orientation (Figs. 3, 4) are frequent. In impact structures, the size of the cones is between centimeters and meters. Fully developed cones are rare which is explained by rock inhomogeneities. In the extreme, shatter cones may degenerate into shatter cleavage (in slaty rocks). 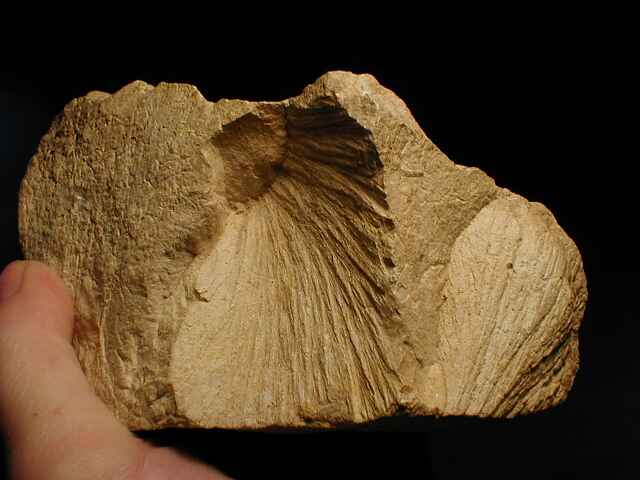 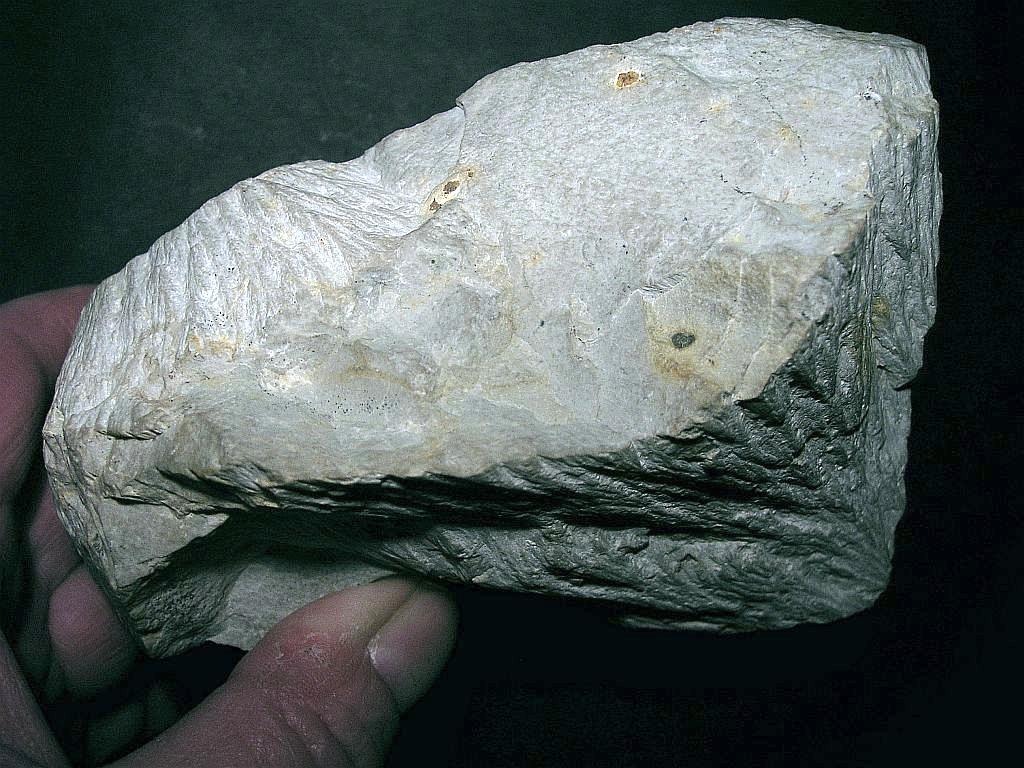 The fracture-mechanical process of shatter cone formation has been discussed since decades, and even today a model satisfactory in all respects doesn’t exist as can be read, e.g., here:

From a quotation we cite:

“The results of this study indicate that none of the existing hypotheses for the formation of shatter cones are currently able to adequately explain all characteristics of this fracturing phenomenon.”

Shatter cones – no striae, no striation 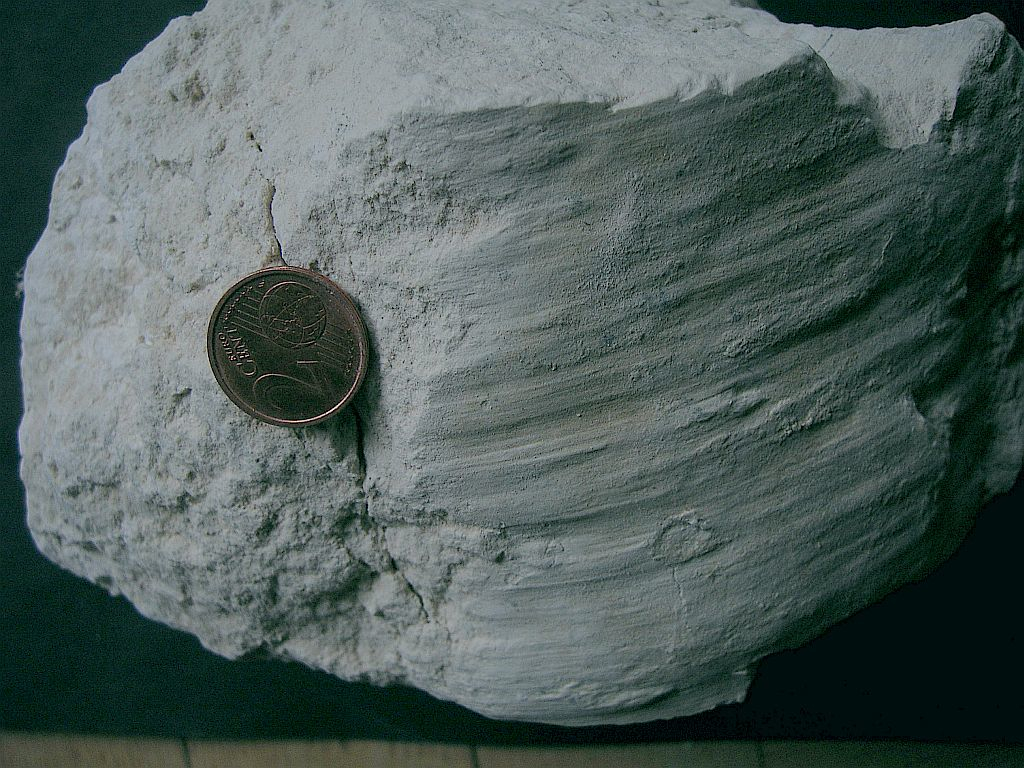 With regard to fracture mechanics and terminology it should be noted that very often, not to say regularly, the shatter cone markings are misleadingly described or termed as “striations” or “striae” (even by established impact researchers, see, e.g. in the articles referred to above) which should basically be avoided. Also in the poorly written Wikipedia page on “Shatter cone” the misleading term “striae” can be read. “Striations” (Fig. 5) in the geological sense are parallel grooves and scratch lines formed by relative rock displacements during faulting or the movement of glaciers revealing the movement directions. Since striations are a common feature also in impact structures (from rock movements especially in the excavation and modification stages of cratering) the confusion of shatter cone fracture markings with striations is especially annoying.

Often, apart from the misnaming term “striation”, various cone-shaped sedimentary, diagenetic and weathering features have mistakenly interpreted as shatter cones. Among the misinterpretations, the cone-in-cone diagenetic structures mostly developed in limestonesand and fibrous calcite crystallization are in the first place to be mentioned (Figs. 6, 7). 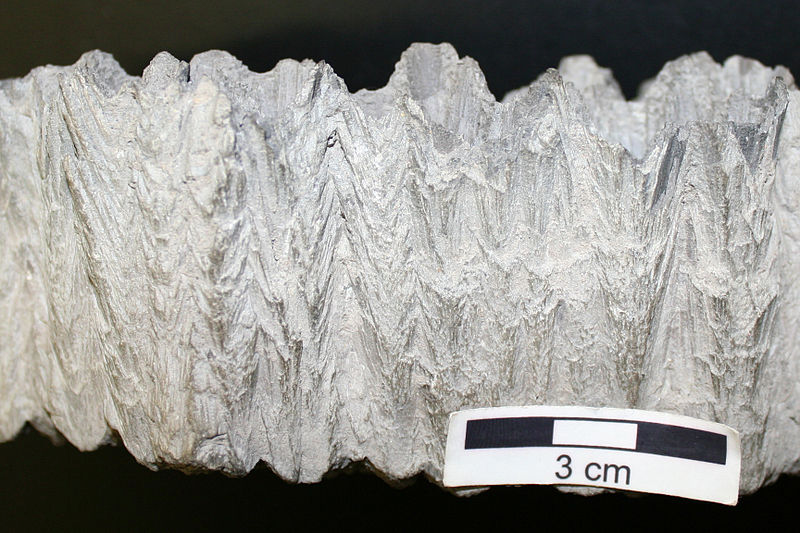 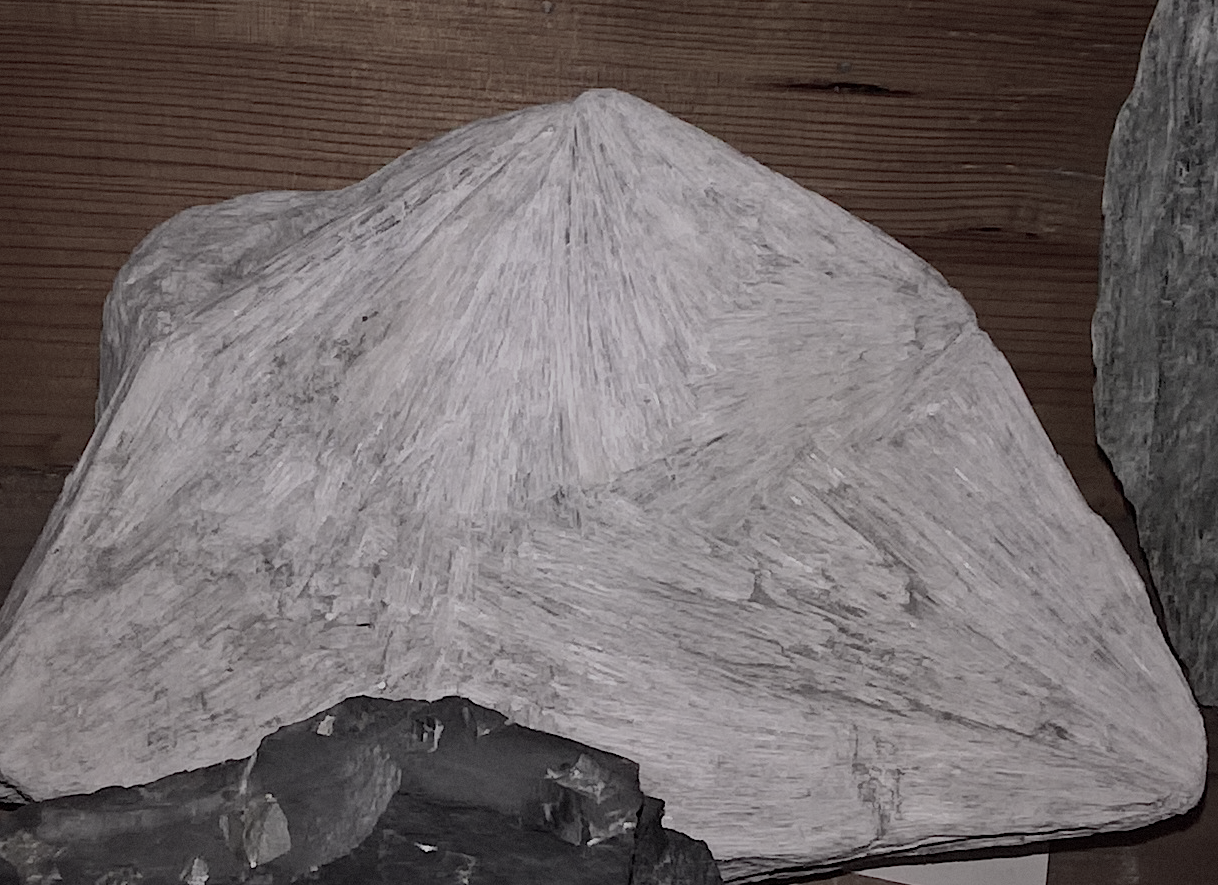 In contrast to true shatter cones they can easily be debunked by their in general fibrous internal structure. Once recognized, true shatter cones will not any longer be confused with regard to their distinctive fracture markings (Fig. 7.) reminding of a horse tail, and the two-dimensional conical fracture (Fig. 8). 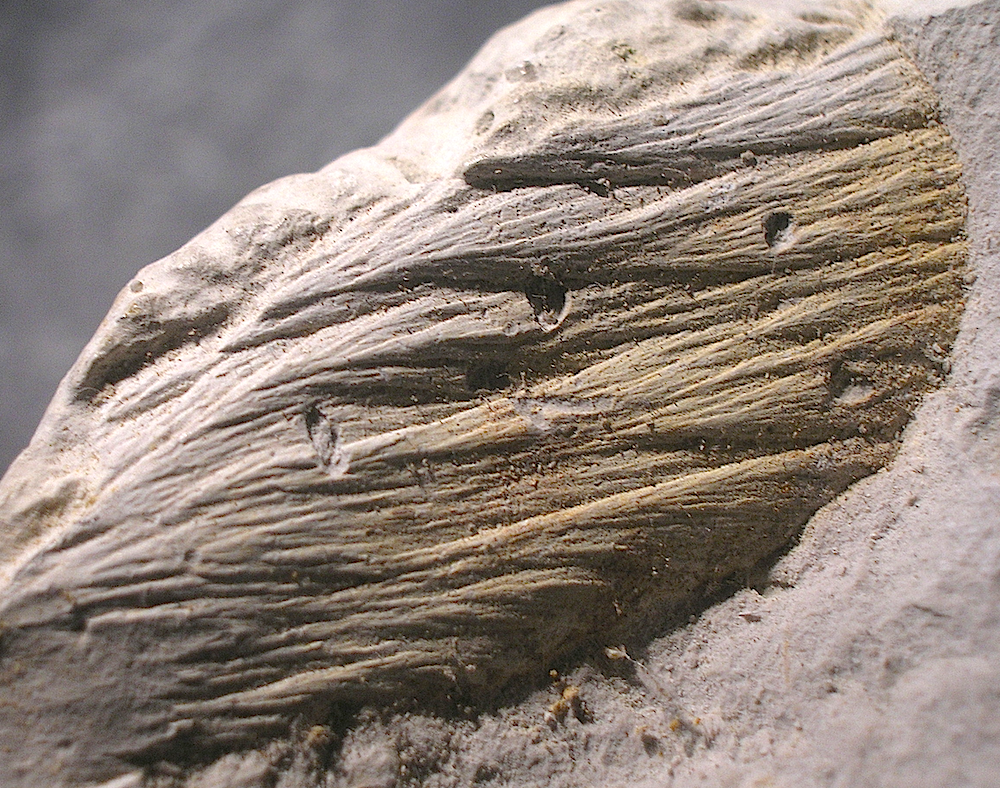 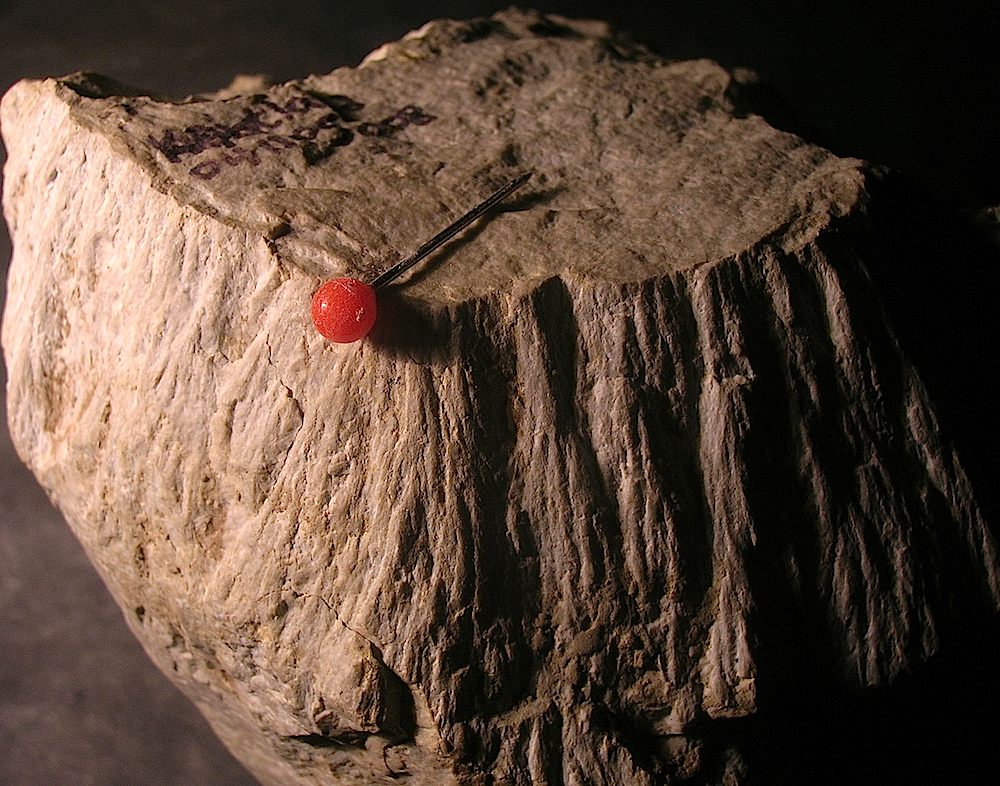 Fig. 8. The truncated cone area of the shatter cone has not any internal structure apart from the quite normal limestone texture, which is basically different from cone-in-cone diagenetic features with their fibrous internal structure.

Shatter cones from our impactite collection and field images

Please take a look at the many examples from impact structures all over the world on the pages of the submenu. Here on our website we show images of shatter coning in rocks from the following impact structures: