Wherever the basal Buntsandstein conglomerates are exposed around the Rubielos de la Cérida impact basin the typically fractured, cratered and pock-marked quartzite cobbles and boulders can be observed, and their peculiar features can best be studied when they become widely scattered in the field after disintegration of the conglomerates. 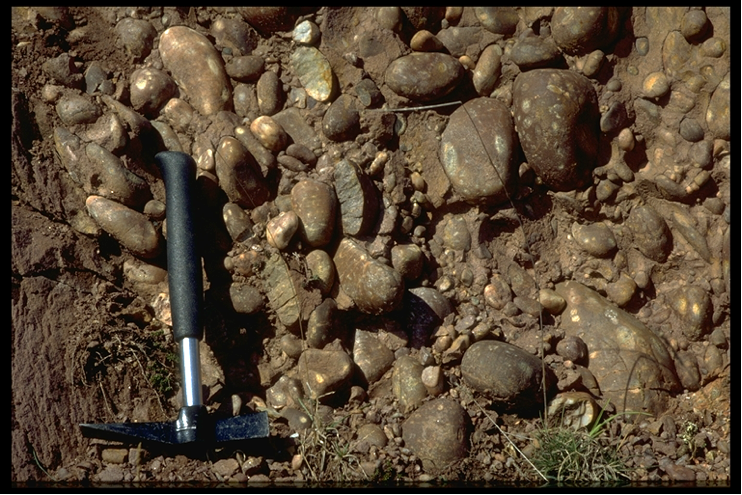 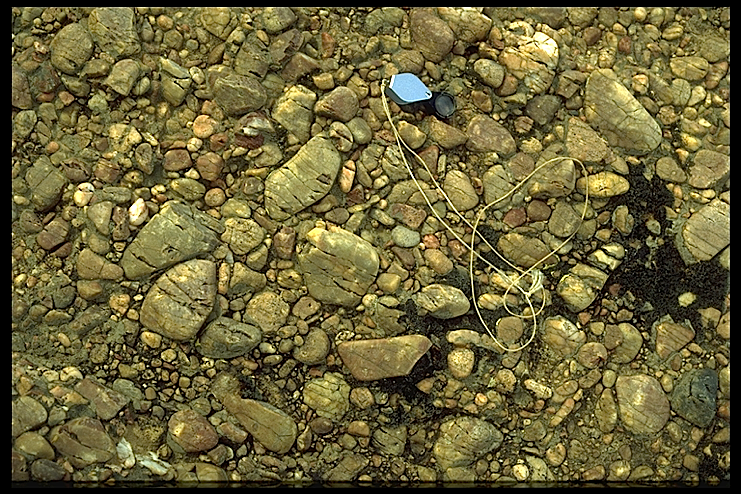 Fig. 2. Buntsandstein basal conglomerates near Ródenas, west of Peracense. In addition to the pock-marked surfaces, a strong sub-parallel fracturing cutting through the cobbles is observed. Where the conglomerates have been investigated, both features are more or less obviously associated with each other. 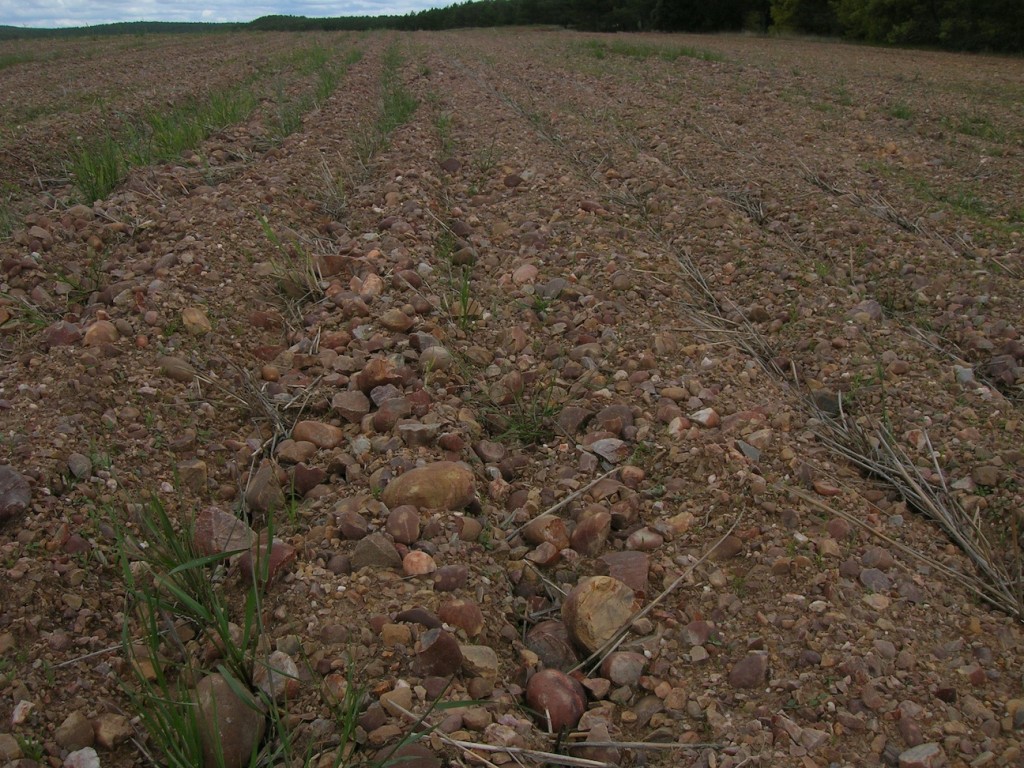 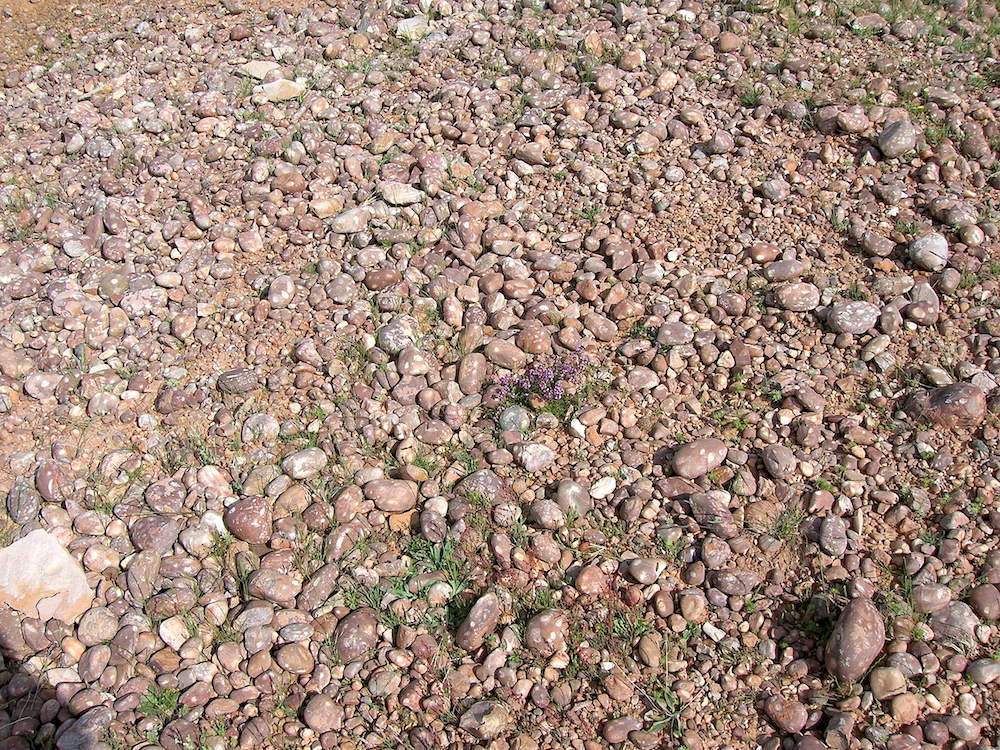 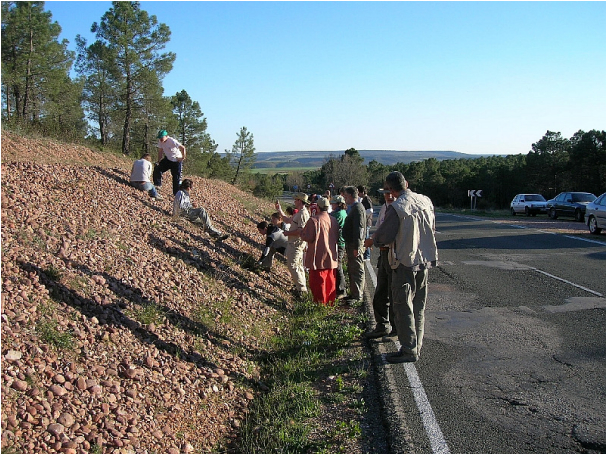