About 30 km north of the center of the Azuara impact structure (Spain) near the village of Jaulín (0°59.3′ W; 41°27.2′ N), a peculiar breccia is exposed. The breccia, not mapped geologically thus far, is intercalated between fossil-rich Jurassic limestones and brownish Miocene(?) gypsum marls. The breccia is unconformably overlying the Mesozoic rocks (Fig. 1) and may penetrate the  limestones (breccia dikes, Fig. 2) as well as corrode them (Fig. 3). 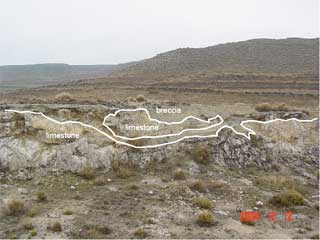 Fig.1. Unconformable contact between the Jaulín breccia and the Jurassic limestones. 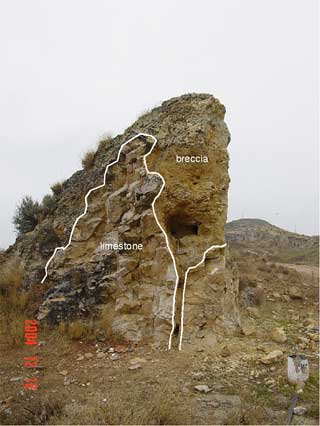 Fig. 2. Penetration of the breccia into the Jurassic host rock in the form of a dike. 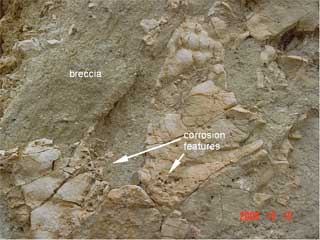 Fig.3. Corrosion features in the contact zone between breccia and host rock. Neither aeolian nor karstification processes are responsible of the corrosion, which probably is related with decarbonization.

On cursory inspection, the greenish rock looks like a massive bone breccia (Fig. 4). On closer examination, the “bones” prove to be limestone clasts having become hollow or more or less completely skeletal (Figs.5, 6). 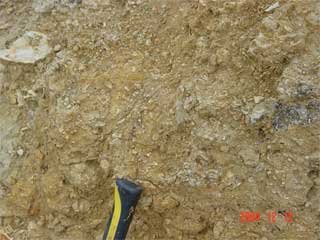 Fig. 4. At first glance, the breccia reminds of a massive bone breccia. 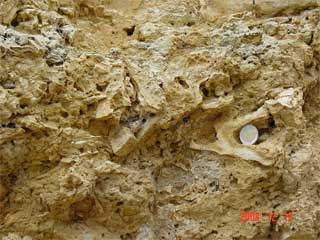 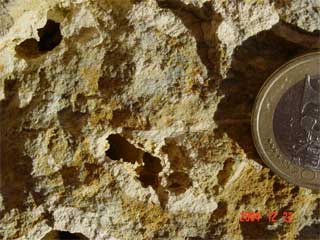 Fig. 6. Close-up of hollow and skeletal clasts embedded in the matrix. Note that the decomposition with possible relics of carbonate melt is confined to the interior of the cobbles reminding of the construction of a wasp’s nest.

Beginning (Fig. 7) and complete fragmentation of the clasts is observed. Beside these decomposed clasts, fragments of the limestone host rock are intermixed in the breccia (Fig. 8). They frequently show distinct whitish rims (Fig. 9) which we interpret as the result of beginning decarbonization from enhanced temperatures. Occasionally, the fragmented clasts remain coherent giving evidence of confining pressure upon emplacement (Fig. 10). For the present, it is not clear whether the hollow and skeletal clasts originate also from the local limestones, but from the discussion below we have to assume they are allochthonous. 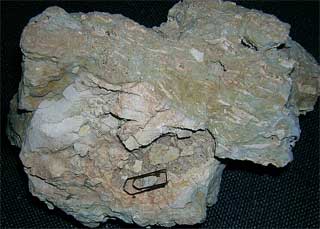 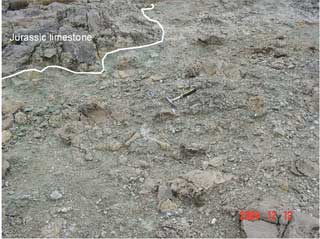 Fig. 8. Evidence for the erosive strength of the breccia emplacement process: fragments of the limestone host rock have been carried away and embedded in the greenish matrix. Note the beginning “conglomeratization” (increasing roundness) of the clasts. 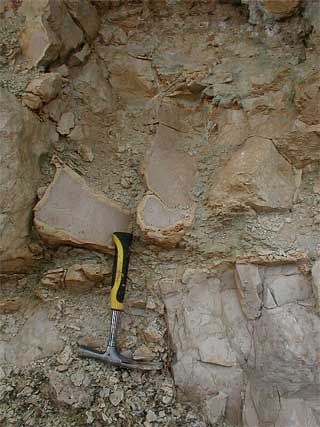 Fig. 9. Whitish rims of limestone fragments in contact with the breccia matrix: evidence of beginning decarbonization due to enhanced temperatures. 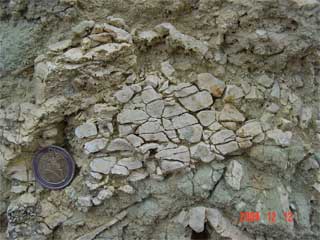 Fig. 10. Fragmented but coherent limestone clast as indicative of confining pressure during the emplacement.

The clasts are immersed in a greenish matrix (Fig. 8) partly exhibiting flow texture as indicated by lined-up small elongated clasts (Fig. 7).  In thin section (Fig. 11),  the matrix shows to be fine-grained carbonate streaked with irregular bands of poorly rounded quartz grains in a slightly different matrix. Quite a few quartz grains exhibit planar deformation features (PDFs) as in proof of shock metamorphism (Fig. 12). 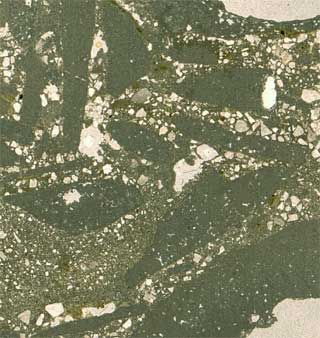 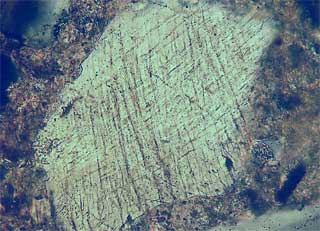 Breccia formation. – The contacts between breccia and underlying autochthonous rocks as well as the peculiar characteristics of the clasts absolutely exclude a karstification process. A “normal” sedimentation and any diagenetic processes are not consistent with the observations either. From the stratigraphic position at the base of the unfolded Upper Tertiary and from the evidence of enhanced temperatures and of shock metamorphism we conclude the breccia to be an impactite related with the formation of the Azuara structure in the giant multiple impact event that, beside the Azuara structure, formed also the large Rubielos de la Cérida impact basin and crater chain (see http://www.impact-structures.com/spain/). We explain the breccia to be impact ejecta excavated from a region in the Azuara structure where shock intensities were enough to decarbonize and melt limestone cobbles and boulders and to produce PDFs in quartz grains contributing to the breccia matrix.

Hollow and skeletal limestone boulders, cobbles and pebbles are not uncommon in the impact region, and they have been found in e.g. the basal suevite breccia (see suevite)  and the impactite from Almonacid de la Cuba (see peculiarities). The process of the decomposition obviously confined to the interior of the clasts (see especially Fig. 13) is not completely understood thus far, but we suggest two possibilities that must not exclude one another. The clasts belonged to Lower Tertiary conglomerates in the target, and they experienced

On excavation and ejection, the shocked limestone clasts were mixed with the greenish matrix material possibly originating also from the Lower Tertiary. The emplacement was a process of ballistic erosion and sedimentation (Oberbeck 1975) under high pressure (penetration into the Jurassic host rock that was partially fragmented and incorporated into the breccia) and still enhanced temperatures (partial decarbonization of the host rock).

With regard to its stratigraphical position, the Jaulín impactite must be seen as a special variety of the Azuara/Rubielos de la Cérida basal breccia, and, due to the observed shock effects and the relics of probable carbonate melt,  as a special type of a suevite breccia (see IUGS classification, the_suevite_page).