A distinct magnetic negative anomaly is related with the Ries impact structure in Germany (Fig. 1). The causative body is a several 100 m thick suevite breccia layer within the crater. Predominantly, the suevite has an inverse thermal remnant magnetization which was acquired upon cooling of the highly shocked breccia material below the Curie temperature (Pohl, J. (1965). Die Magnetisierung der Suevite des Rieses. – N. Jb. Min., Mh., H. 9-11, 268-276.) 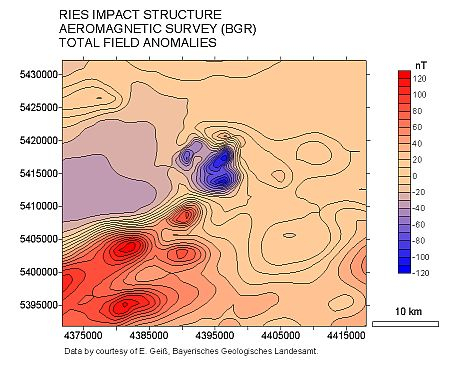 Fig. 1. Aeromagnetic map of the Ries impact structure and surroundings. The negative crater anomalies (blue) are caused by an inversely magnetized suevite layer. The positive anomalies are related with deep-seated basic rocks.

A peculiar observation has been made in the Ries crater by measuring the magnetic properties of the suevite impact breccia and the overlying post-impact lake sediments. As mentioned above, the suevite has an inverse remnant magnetization, but the sediments deposited immediately after the impact show a normal magnetization. Thus it may be speculated (Pohl, J., 1978: Evidence for the coincidence of a geomagnetic reversal with the Ries impact event. – Meteoritics, 13, 600.) whether the impact could have caused a polarity reversal of the Earth’s magnetic field.

From rock magnetic susceptibility measuements it is very probable that the suevitic basal breccia [ http://www.impact-structures.com/impact-rocks-impactites/the-suevite-page/suevites-from-the-azuara-and-rubielos-de-la-cerida-spain-impact-structures/] must be considered the causative body of the anomalies. While crater carbonate rocks and sandstone have maximum susceptibilities of the order of 10 – 20 * 10-3 SI, susceptibilities up to 1.6 * 10-3 SI for basal breccia samples have been measured. Moreover, basal breccia samples may show a significant remanent magnetization. From the frequently distinct reddish color of the suevitic basal breccia we conclude that on formation of the basal breccia new magnetic phases occured possibly due to strongly enhanced temperatures at the same time responsible for a thermo-remnant magnetization.

In a strongly simplified model (Fig. 4) we show how the concentration of the Azuara magnetic anomalies in the outer zones of the impact structure (see Fig. 2) can be explained. 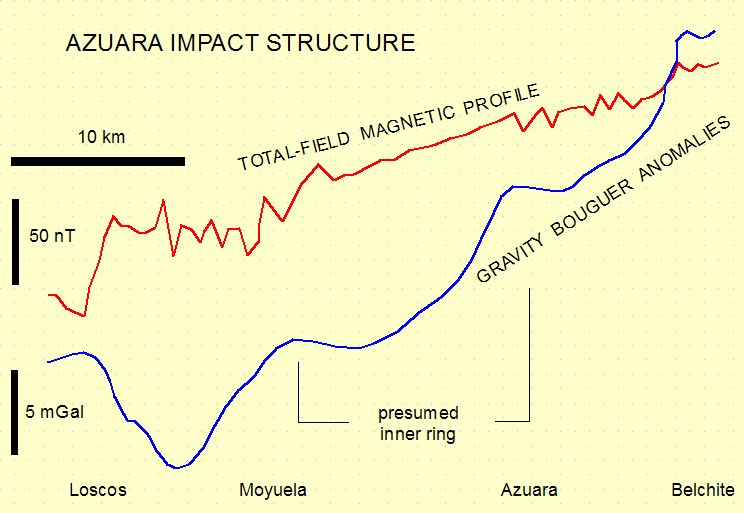 Fig. 2. Total-field magnetic and gravity profile across the Azuara impact structure (Fig. 3). Model for the origin of the magnetic anomalies in Fig. 4. 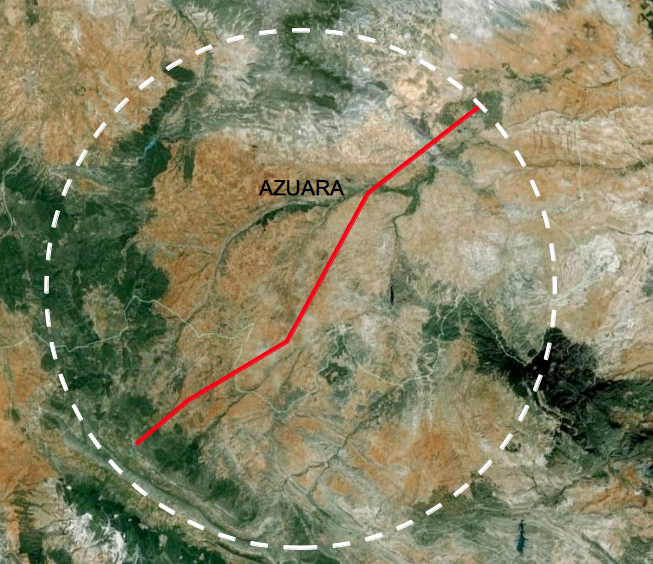 Fig. 3. The combined geomagnetic and gravity profile of Fig. 2 across the Azuara impact structure (roughly delineated by the dotted line).

Fig. 4. Simple model for the source of the magnetic anomalies of the Azuara impact structure.

Geomagnetic surveys in the Chiemgau impact meteorite crater strewn field have so far been performed at two of the smaller craters only where significant anomalies and in part enigmatic rock magnetic properties were measured. Shock magnetization processes have been considered. A poster contribution to the 2011 AGU meeting with some more information may be clicked. 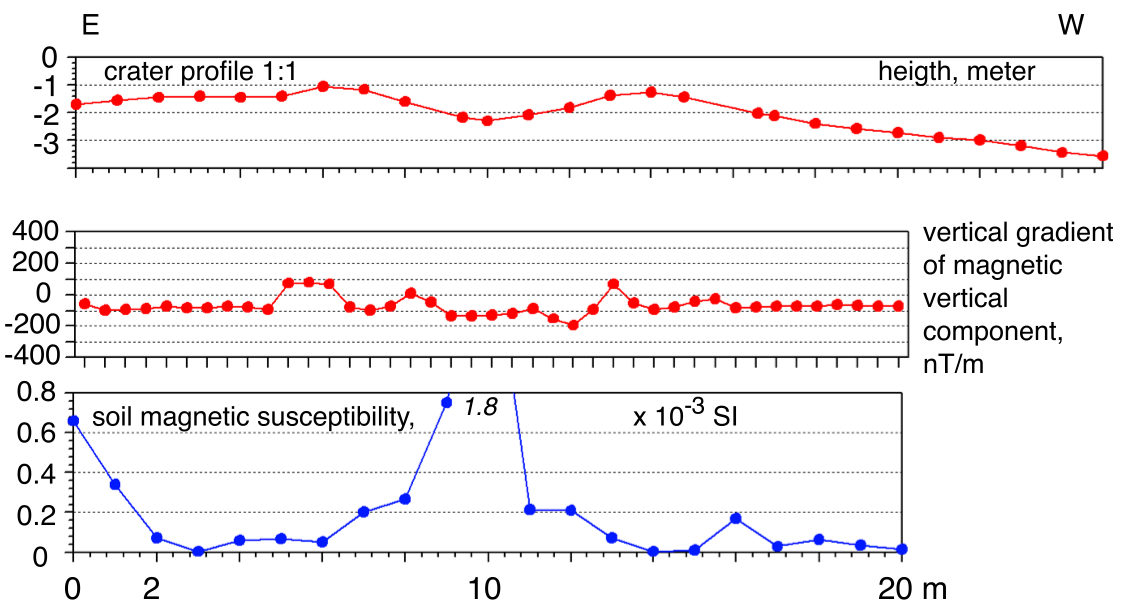 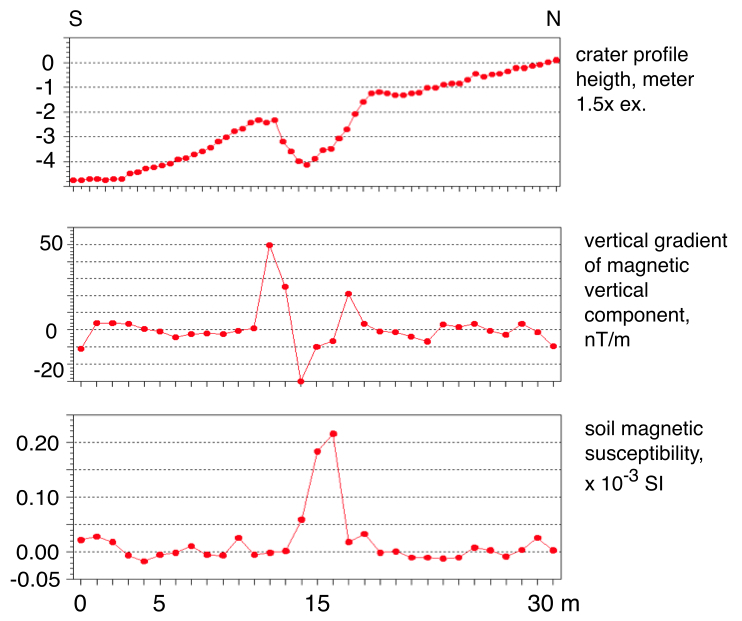 An abstract article (with a few images) on airborne geomagnetic investigations of the Haughton impact structure is found here: http://www.lpi.usra.edu/meetings/lpsc2002/pdf/2008.pdf